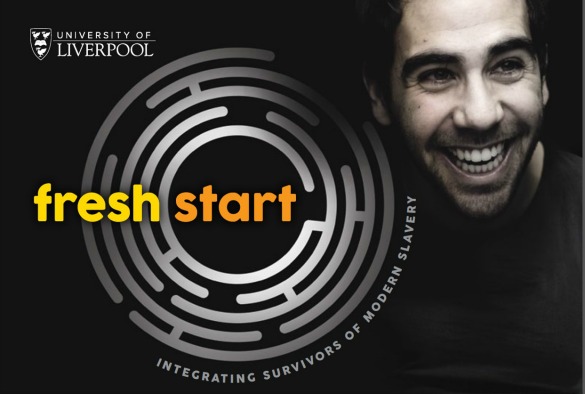 A new report launched today (Wednesday, 1 March) by the University’s Centre for the Study of International Slavery (CSIS) assesses an innovative solution to the problem of long-term care for survivors of modern slavery in the UK.

Although slavery was officially abolished in the 19th century it still continues today in one form or another around the world. From women forced into prostitution, children and adults forced to work in agriculture, domestic work, or factories and sweatshops producing goods for global supply chains, entire families forced to work for nothing to pay off debts, the illegal practice continues.

There are a growing number of individuals who have been identified as victims of modern slavery in the UK. In 2015 there were 3,266 potential victims referred – a 40% increase on 2014, but still much lower than the 10-13,000 people estimated by the government to be suffering from this crime.

There is growing evidence that those who experience these crimes tend to experience serious post-traumatic effects including depression and anxiety. Specific vulnerabilities mean that an absence of long-term monitoring and support can lead to a cycle of exploitation and abuse.

The report evaluated a collaborative programme of support between the University’s CSIS and City Hearts designed to integrate survivors over several years.

The programme was found to reduce risks of homelessness, destitution and re-trafficking among those who participated. The report found that its success was linked to core elements within a comprehensive support system that includes community engagement and partnership with employers.

At the centre of this lies the combination of one-on-one coaching and regular contacts with wider networks.

The report makes a series of recommendations about the need to improve the evidence base in this area. It also outlines the ways in which the programme could be further developed, including plans to make the ISP a sustainable, national-scale programme.

Dr Alex Balch, said: “Unfortunately we have found that, after leaving Government funded safe houses, a significant number of modern slavery survivors are at high risk of becoming homeless, going back to the control of traffickers or returning to exploitative situations.”

Paul Gerrard, Group Policy and Campaigns Director at the Co-op, said: “It is the Co-op Way to campaign on contemporary social issues and that is why we are committed to adopting practical interventions to help  reduce modern slavery as well as doing everything we can to raise awareness of the issue amongst our members, customers and suppliers.

“It is imperative that victims are supported in order to help them rebuild their lives and central to that is the dignity that paid, freely chosen employment provides. Without this, there is a real chance that they could fall back into the hands of those who have exploited them and for the terrible, unspeakable cycle of enslavement to begin again.

“Modern slavery will only be stopped by Government, businesses and society working together to ensure supply chains are transparent, so giving this shocking crime no shadow to hide in.”

Phill Clayton, City Hearts, said: “City Hearts believes in the freedom and restoration of every person. The Integration Support Program seeks to connect people to meaningful community and sustained income so that they can have a fresh start. We have seen that longer terms support is crucial in reducing vulnerability and releasing people into true freedom.  It is a privilege to work alongside the Co-op creating a project that brings about tangible change through an atmosphere of empowerment and genuine hope.”

Kevin Hyland OBE, Independent Anti-Slavery Commissioner, said: “We cannot claim to truly care for victims of modern slavery if we stop support mid-recovery. A holistic approach is vital. Once victims exit government-funded accommodation, further long-term support must be provided to end the cycle of exploitation, prevent re-trafficking and ultimately see the victim journey towards a bright future.”

“Awareness and understanding of this horrific crime is gradually on the rise and there are far better support services in place to rescue and care for those who have been subjected to a life of abuse, exploitation and violence. But it is also vitally important that survivors receive ongoing and sustained support, help and guidance to ensure they can move forward and rebuild their lives. While the National Referral Mechanism provides accommodation and services for a minimum of 45 days, it is clear that people who have been subjected to enslavement need care for far longer.

“That is why I welcome this collaboration by the University of Liverpool and City Hearts to evaluate the effectiveness of the long-term care provided to survivors of modern day slavery in the months and years following their release. It is obvious from their report that this type of on-going support is necessary if we are to protect survivors from further harm and exploitation and help them to forge new lives free from control and coercion.”

Not consigned to the past

“We can never make the mistake of thinking that slavery is consigned to the past, or that it only happens in countries far away from us – it is also happening on our doorsteps, right now”. 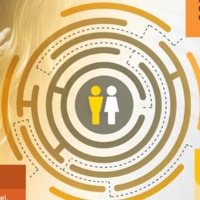