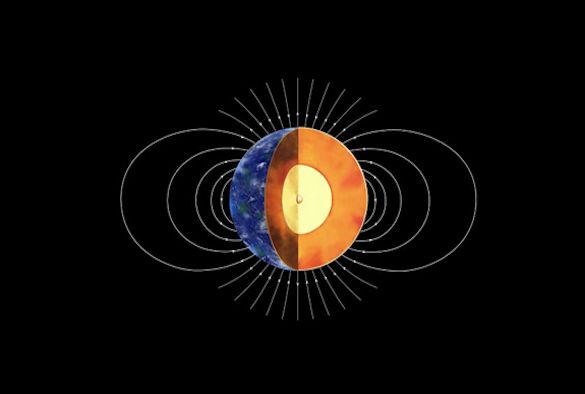 Scientists from the University’s School of Environmental Sciences are seeking to answer unsolved questions about the Earth’s core and mantle with a major research project supported by the Leverhulme Trust.

They will use their expertise in palaeomagnetism – that is finding the record of Earth’s magnetic field which has been preserved in rocks -to add to our understanding of the Earth’s deep interior.

Currently geophysics can provide 3D images all the way down to the centre of the Earth, 6370 km beneath our feet, but this is only for a snapshot in time: today. By contrast, geology provides records of dynamic processes over the last 3.5 billion years but only at Earth’s surface.

This research project will generate new measurements of the magnetic field’s strength and direction at crucial time periods through extensive fieldwork conducted in eight countries which will be used to compare against numerical simulations of Earth’s magnetic field generated under conditions predicted under different Earth evolution scenarios with various rates of planetary cooling and diverse styles of mantle convection.

Palaeomagnetist, Professor Andy Biggin, who is leading this research project, said: “It is vital that we obtain a clear picture of Earth’s internal evolution because it underpins our capacity to understand surface processes, utilise natural resources, and predict and mitigate against geohazards that threaten our safety.”

The researchers hope the results of this project will provide new insight into some of the longstanding earth science questions including: what is the role of the deep mantle in plate tectonics; how fast is Earth’s core cooling down and what does this mean for the geological lifespan of the planet; does Earth’s magnetic field have a 200 million year “heartbeat” linked to violent mantle processes that affect the evolution of life at the surface; is the anomalously weak patch of magnetic field we see over the south Atlantic today a “one-off” or is it a recurring feature caused by unusual conditions in the lowermost mantle at this place?

Over its 4,500 million year history, Earth, the largest of the terrestrial planets, has undergone considerable evolution in terms of its internal mass distribution, temperature, and composition.

This evolution shapes its surface and determines the conditions under which life flourishes. It builds mountain ranges and ocean basins, produces earthquakes and volcanoes, and generates a magnetic field that extends far out to space and shields us against harmful solar wind radiation.

The new Leverhulme Research Leadership Award represents the latest and largest grant of a series awarded to strengthen the world-class Geomagnetism Laboratory at the University of Liverpool.

Together with the NERC Standard Grant “Phanerozoic palaeomagnetic variations and their implications for the Earth’s deep interior” and a NERC Strategic Capital Grant – used to purchase a state-of-the-Art superconducting rock magnetometer installed in 2016 – this funding will be used to build a new research group titled DEEP – Determining Earth Evolution from Palaeomagnetism. 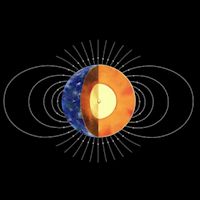