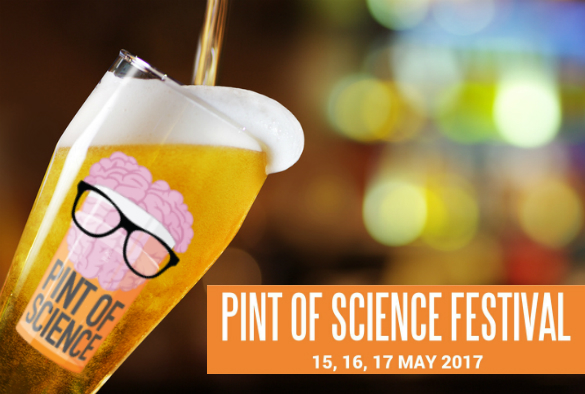 Tickets are now on sale for the world’s largest festival of public science talks, which will see over 30 University of Liverpool and Liverpool School of Tropical Medicine scientists take to the stage in pubs across Liverpool.

Head down to your local pub from 15th -17th May to hear talks on everything from chocolate addiction to the truth about e-cigarettes, as the Pint of Science festival arrives in Liverpool for the very first time.

The international, three-day festival will see thousands of scientists simultaneously standing up and telling the public about their research in over 100 cities across 12 countries. Founded five years ago by two UK researchers, the festival brings a unique line up of talks, demonstrations and live experiments to the nation’s favourite locals.

Liverpool researchers can be caught speaking at various pubs across the city, including The old Blind School, The Baltic Social and The Shipping Forecast. Tickets are available from the Pint of Science website, with each evening costing only £4.

Can chocolate really be as addictive as cocaine? Could microscopic worms help cure dementia? Is there a real possibility of us returning to a pre-antibiotic era? These are just some of the fascinating topics that feature in the Liverpool line up.

Alongside the main talks, each evening will also include a range of fun, science-related activities including live experiments, comedy, fun quizzes, engaging stories and other interactive activities.

“Liverpool is excited to be involved in Pint of Science for the first time this year to deliver an amazing series of really fun events. Pint of Science is a brilliant opportunity for us to share some of the cutting-edge work happening here in Liverpool, and the fact we can do this over a pint makes it even better”, says the University of Liverpool’s Laura Winters, who is coordinating the Liverpool Pint of Science.

Pint of Science was established five years ago by a group of UK-based postgraduate and postdoctoral researchers. Festival founders Dr Praveen Paul and Dr Michael Motskin wanted to bring back the personal touch to science, giving everyone the chance to meet the real people behind the incredible research taking place in universities across the country. The duo are amazed by the growth of their idea into a global festival, which has spread to 12 countries around the world.

“Science can often get lost in translation, leading to the spread of pseudo-science and myths. The best way to overcome this is for people to be able to talk to scientists directly in a familiar environment, such as in a pub over a pint”, says Festival co-founder Dr Motskin. “We are in awe of how big the festival has become over the years, demonstrating the thirst there is to hear science from the source – the scientists. The festival gives everyone the chance to pick the brains of some of the UK’s most brilliant academics, breaking down barriers and giving unrivalled access to the people behind the science.”

Pint of Science tickets cost £4 per evening and are available from: https://pintofscience.co.uk/events/liverpool

The Liverpool Pint of Science also takes place during Open House – our series of public events running between 15-25 May that promises to involve, inspire, inform and intrigue. For more information about Open House please visit: https://www.liverpool.ac.uk/openhouse 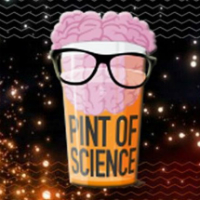