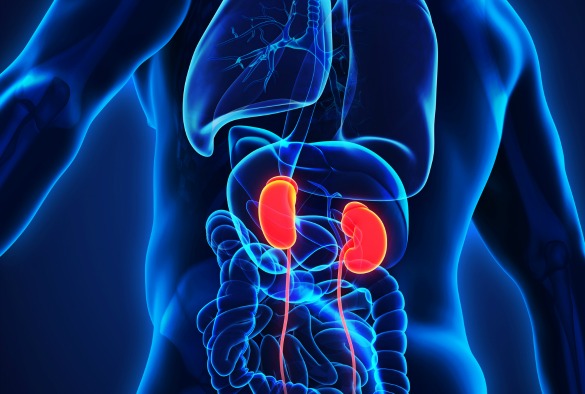 Researchers from the University have identified a cell type isolated from human kidneys that can help repair renal function without integrating into the kidneys.

When kidneys are damaged or diseased their ability to perform this function is impaired.

Previous studies have suggested that a particular type of cell taken from a human kidney has the potential to help repair injury following intravenous (IV) administration in rodent models of kidney disease. It was suggested that the cells do this by integrating into the damaged renal tissue and generating new renal cells.

However, it was never quite clear how the injected human kidney cells integrate and form new renal tissue.

Researchers from the University’s Institute of Translational Medicine, led by Dr Bettina Wilm and Professor Patricia Murray, in collaboration with colleagues from the University of Heidelberg, Germany, led by Prof Norbert Gretz, conducted a study to determine the fate of the cells that had improved kidney injury.

By using an electronic device to monitor the glomerular filtration rate, which indicates how well the kidneys are working, the researchers found that the administration of these cells by IV significantly improved renal function and promoted renal regeneration.

Using human kidney cells labelled with a green fluorescent protein (GFP), the team could identify that the administered cells never reached the kidneys. Instead, the cells died and influenced kidney repair through a long-distance mechanism.

The study has been published in the journal of Stem Cells Translational Medicine.

Dr Bettina Wilm, said: “Although these cells did improve renal function the cells themselves did not integrate into to the kidneys. Instead, after IV administration, both cell types were exclusively located in the lungs, and had disappeared by 24 hours.