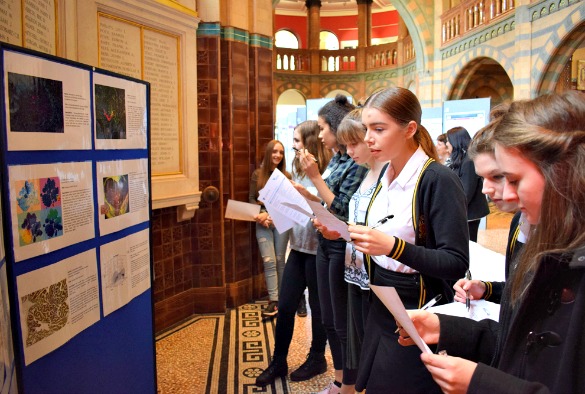 High-achieving science students from schools across Liverpool have been inspired to embark on a career in cancer research after hearing from some of the UK’s leading scientists.

12 sixth form students were invited as special guests to this year’s Annual Scientific Symposium held by the North West Cancer Research Centre at the University of Liverpool, thanks to funding from the Wellcome Trust.

The students from Calderstones School, North Liverpool Academy, Notre Dame Catholic College and Archbishop Blanch School, heard from a programme of top speakers, all leaders in their fields of cancer research from the Universities of Bangor, Dundee, Glasgow, Liverpool, Lancaster, and Southampton.

They also took part in a ‘behind the scenes’ look at the world-class research labs at the University of Liverpool, as well as the university’s sports facilities, linking the science with healthy lifestyles. 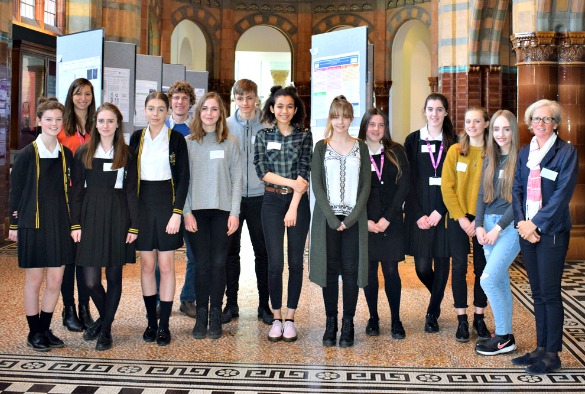 A photography competition was the highlight of the day, with the pupils judging entries from scientists and researchers under the theme the ‘Magic of Science’.

Director of the North West Cancer Research Centre, Professor Sarah Coupland invited the students, as part of the Centre’s aims to widen its participation with secondary school biology students, in order to introduce them to a career in scientific research.

Professor Coupland, said: “Thanks to funding from the Wellcome Trust Public Engagement Grants Scheme, we were able to invite 12 of the brightest young students from the region to our symposium last week.

“We hope they all enjoyed hearing about the work currently underway and left the day with a better understanding of what scientists do and, more specifically, the role they have to play in the development of cancer research and treatments.

“Liverpool and the North West is home to some of the highest cancer rates in the whole of the UK. It is only through basic and clinical research that we will be able to make any significant inroads into reducing these high numbers. It will be young people like those who came today, who will have a leading role in this forward.”

Hannah Smith a student from Archbishop Blanch Sixth Form said: “I really enjoyed the science symposium. The lectures were interesting and I could see how some of my favourite study topics could be translated in cancer research.

“The symposium really opened my eyes to the different roles which could be available to me within in research. Before I took part, I had my mind set on a job related to clinical psychology, but now I am interested in the possibility of studying biology at university instead.

“Regardless of what career path I take, talking with the researchers and going on the lab tour definitely furthered my understanding of what is involved in a career in research.”

The full day scientific symposium took place at the University of Liverpool’s Victoria Gallery and Museum. The annual event is a ‘show case’ of the world-class research, which is currently under way in the North West in the network sponsored by North West Cancer Research.

As well as researchers from the University of Liverpool, Lancaster University and Bangor University, the symposium featured a spread of the Centre’s postgraduate students, who presented their work to guests.

It was organised in partnership with the University of Liverpool and North West Cancer Research.