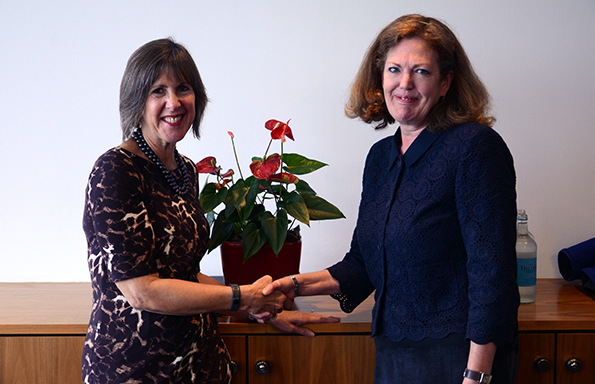 The University of Liverpool’s partnership with Tate has been nominated for a national impact award.

The partnership, which has seen University academics making a significant contribution to highly successful exhibitions, as well as engaging with the Tate Exchange programme, is shortlisted as one of three nominations for the Knowledge Exchange (KEC) Partner of the Year award.

She said: “I’m delighted that our relationship with Tate has been recognised by knowledge exchange professionals in other universities across the UK.

“This partnership helps us reach new audiences for our research, as well as increasing our potential for impact.”

The University is up against two other nominations in the category. Edinburgh’s Heriot-Watt University is recognised for its partnership with Renishaw, and the University of Huddersfield’s agreement with Machine Tool Technologies (MTT) is also shortlisted.

Maxine Ficarra, Executive Director of award organisers, PraxisUnico, said: “We’re absolutely delighted to see so many inspiring projects and people recognised for their professional and impactful contribution to knowledge exchange and commercialisation.

“The Impact Awards are a valuable opportunity to showcase the success of our sector and we are very grateful to all those who have supported and contributed to this important initiative.”

The winners of the Impact Awards will be announced at the PraxisUnico conerence in Sheffield on Thursday June 15.