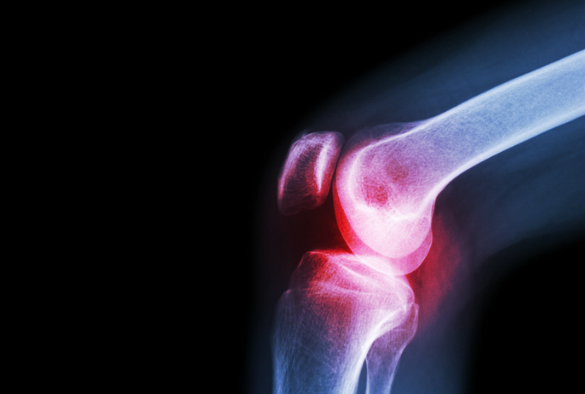 New research from the University of Liverpool, published today in the journal ‘NPJ Systems Biology and Applications’, has identified ‘cell messages’ that could help identify the early stages of osteoarthritis (OA).

OA is the destruction of the tissues of the joints and affects more than half of individuals over 65 years old; it is the leading cause of joint pain and disability in the UK.

Animal models are often used to replicate human disease; the relevance and similarity between animal models of joint disease and human osteoarthritis has not been fully evaluated.

Researchers from the University’s Institute of Ageing and Chronic Disease, led by Senior Lecturer in Orthopaedic Sciences Dr Simon Tew, examined molecular messages produced by cartilage cells in both humans and rats.

Using data from hundreds of publicly available surveys of these messages the researchers and colleagues sought to define the messages that most commonly occurred together in normal or disease conditions.

Extending their work to independent data, not used to originally identify the networks, Dr Tew and colleagues demonstrated a signature of disease-associated messages that could distinguish between osteoarthritic and healthy cartilage in humans.

Dr Tew, said: “Our research has the potential to identify different sub-groups of patients, including those in the early stages of OA, that could benefit from therapeutic interventions.  This work has generated added value from a number of previously produced data sets from groups across the world, illustrating the benefits of open access to data.

“It has the potential to inform clinical practice and also guides us about the relevance of animal models of human disease and how we can reduce and refine their use.”