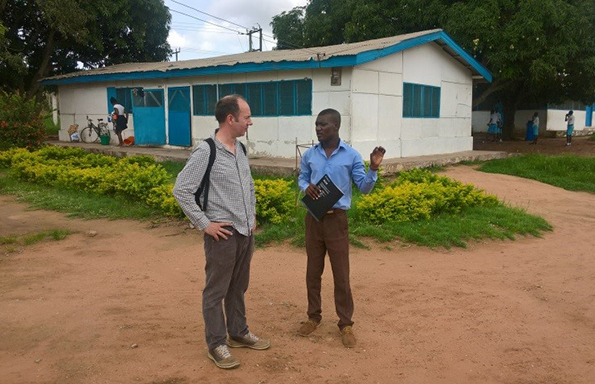 Dr Alex Balch is co-director of the University of Liverpool’s Centre for the Study of International Slavery and a founding member of the Forced Labour Monitoring Group.

Following the passing of the Modern Slavery Act in 2015 and a renewed political focus on exploitation we are hearing more and more about contemporary forms of forced labour that happen here on our doorstep. But while we are learning that the UK has significant problems, particularly in how it treats the victims of these crimes, we are a relatively rich country with the potential for substantial resources to be deployed. What about those men, women and children who experience modern slavery in low and middle-income countries?

As part of my work for the Centre for the Study of International Slavery (CSIS), I visited Ghana in West Africa to build our network of academics and NGOs with Professor Larry Barham, an archaeologist like me based in the School of Histories, Languages and Cultures who has previously conducted research there. We were funded by the University’s International Network Fund as part of our preparations for a large GCRF (Global Challenges Research Fund) application.

On our trip we were able to meet colleagues from the University of Ghana’s Department of Archaeology and Heritage Studies, and visit sites connected to the historic transatlantic slave trade such as the Ussher ‘slave castle’ on the coast of Accra. This is an impressive, but crumbling, fort built by the Dutch and then used by the British for the slave-trade. Following the abolition of the slave-trade, Ussher was transformed into a prison that famously held the future Ghanaian Prime Minister Kwame Nkrumah. 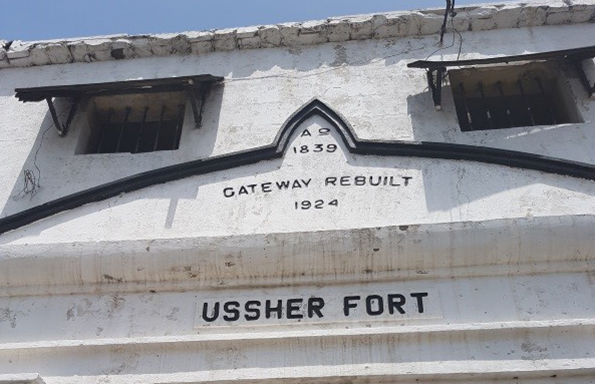 Sites such as this and others along the coast are attracting increasing levels of national and international tourism for Ghana, but they are suffering from lack of resources and urgently need conservation work. We believe they offer an incredible opportunity to engage communities and discuss issues around slaveries past and present. They can become a powerful educational tool for discussing slavery, resistance, independence and human rights. 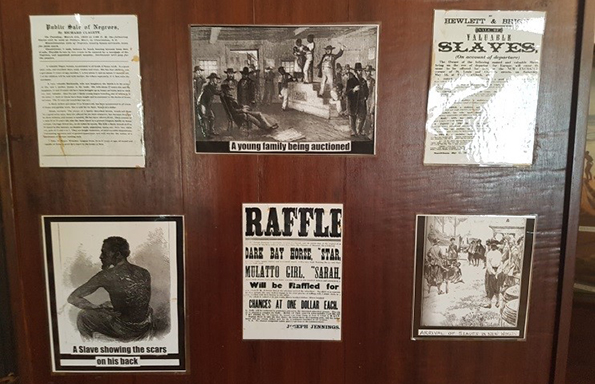 Ussher Fort now contains a museum about the slave trade developed by Ghana’s Ministry of Tourism, in partnership with the European Union and UNESCO

When it comes to modern forms of slavery, as in the UK, agriculture and fisheries in Ghana are particularly problematic. Exploitation is widespread in these sectors, for example with the use of trafficked children in the fishing industry of Lake Volta. Although the socio-economic context is distinct, another similarity with the UK is of slavery hidden ‘in plain sight’ where certain perceptions hinder resistance, facilitating and sustaining problematic employment practices and helping maintain underlying structural inequalities.

We were privileged to meet a number of children who had been trafficked but who had been fortunate enough to escape their ordeal and receive support and schooling through an NGO in Gommoh Fetteh called ‘Village of Hope’. Located two hours from Accra, the capital, Village of Hope is an inspiring place that combines housing and formal education for the local community with fostering of trafficked children, giving them essential life-skills that offer an opportunity for them to integrate and reach their potential. Our contact there was Isaac Agyei, a graduate in Social Work from the University of Ghana who explained how the NGO provides the kind of long-term support many believe the UK should provide to survivors in this country. He told us of the many challenges they face, but also of the incredible success stories where trafficked children they had supported had gone on to enjoy successful lives and careers.

Now that the UK has developed a nationwide system of support for victims of modern slavery, the CSIS has an incredible opportunity to become part of networks that incorporate NGOs from countries such as Ghana that are dealing with human trafficking, and its effects on communities. We are designing projects and research programmes with colleagues in the region that we hope will provide innovative new ways to address these issues. Our aim is to support antislavery efforts to both meet the enormous challenges of development but also to enhance basic human rights through collaborations that are co-designed and co-delivered by local partners.

The trip to Ghana is one example of a number of international partnerships being developed through the CSIS where we aim to share knowledge and experience, develop new methods and approaches in addressing historical and contemporary forms of slavery, and connect with others to learn from what is happening in different regions of the world.