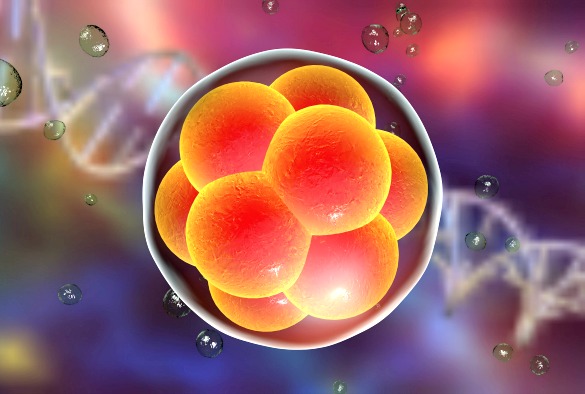 Lucy Frith is a Reader in Bioethics and Social Science at the University’s Institute of Psychology, Health and Society:

“We are all familiar with the process of adopting children, but what about the idea of adopting embryos?

When people have in vitro fertilisation (IVF) for fertility problems, eggs and sperm are fertilised in a petri dish to create embryos and these can be used in their treatment or frozen and stored to use later. Often couples end their fertility treatment with unused embryos in storage, and one option is to donate them to others to start a family. Currently, when a couple in the UK donate their embryo, they usually have no say in who receives it, and there is no contact between the donors and potential recipients.

Embryo adoption is different. In embryo adoption programmes donors can choose who receives their embryo. Donors are given information about potential recipients by the agency, which can include details about their religious beliefs, education, interests and family life. Also, if the donors and recipients are agreeable, they can arrange contact with each other after the child is born.

We have done two studies on the experiences of people using Snowflakes embryo adoption agency in the US. We found that the donors felt a sense of responsibility towards their embryos and wanted to make sure they went to a good home. Both donors and recipients thought that being open with their children about their origins was important. There was also a desire to share information about the children and keep in contact with each other, and some donors and recipient couples had met face-to-face. On the whole, the people in our study were happy with the amount and type of contact they had. In cases where the contact did not involve the children, it was seen as a way of keeping the channels open in case the children wanted to make contact with their embryo donors in the future.

In the UK, there are no embryo adoption programmes but legally, there is nothing preventing clinics from starting them. At the moment, if a couple know someone with an embryo to donate, they can ask a clinic if they can use that particular embryo – you can donate to someone you know. Also, the Human Fertilisation and Embryology Authority (HFEA), who regulate fertility treatment in the UK, says that donors can put extra conditions on how they want their eggs, sperm or embryos stored or used, which, theoretically at least, gives the donors some potential say in choosing who gets their embryo.

So should clinics start embryo adoption programmes in the UK?

Embryo adoption has been controversial in the US. The American Society for Reproductive Medicine has argued that applying similar adoption procedures used for existing children to embryos is unwarranted because, in their view, embryos are not people and therefore recipients do not require such detailed vetting procedures. From this perspective, embryo donation should be seen as a medical procedure rather than being seen as a form of child adoption. However, whatever your view of the status of the embryo, it is not unreasonable to allow for the fact that some donors might have an interest in who receives their embryos.

A problem arises, though, if potential donors want to impose discriminatory conditions on who should receive their embryo. For example, saying that they did not want their embryos to go to a lesbian couple. Clinics have to abide by the Equality Act and could not discriminate on certain grounds such as gender and sexuality. How clinics should monitor such choices is a difficult question, but one solution would be to counsel people with embryos to encourage choices that are not illegally discriminating.

The original article was originally published by the Huffington Post and can be found here.