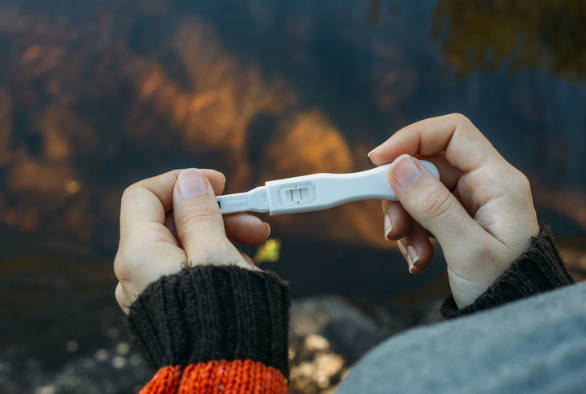 Professor Marie Fox is Queen Victoria Chair of Law at the School of Law & Social Justice and Dr Sheelagh McGuinness is a Senior Lecturer at the University of Bristol.

The deal struck by the Democratic Unionist Party to prop up Theresa May’s Conservative minority government in London has led to unprecedented interest in the politics of Northern Ireland.

This interest intensified on June 29, when several key developments in the debate around access to abortion occurred at once.

Northern Ireland has one of the most restrictive and punitive abortion laws in the world. Abortion is prohibited unless pregnancy poses a threat to the woman’s life or a serious permanent or long-term threat to her physical or mental health. Breach of this criminal prohibition could result in a maximum sentence of life imprisonment. Between April 2015 and March 2016, the most recent year for which figures are available, only 16 women met the threshold for lawful abortion. In 2016, 724 women travelled to Great Britain to access abortion care.

The 2015 ruling stated that Northern Irish abortion law violates the ECHR by unjustifiably interfering with the rights of women seeking to terminate on the basis of foetal anomaly or because their pregnancy resulted from rape or incest. It was reasoned that “the refusal of a state to countenance abortion in such circumstances or in a case of fatal foetal abnormality is an interference with the personal autonomy of that pregnant woman’s private life”.

By contrast – and shirking the human rights debate – the majority judges in the Court of Appeal held that it should be up to the Northern Ireland Assembly to reform its abortion law. It is not possible to provide a detailed analysis, since the court’s full judgments have not yet been made public. However, this abdication of the basic function of the judiciary to protect fundamental human rights is highly regrettable. The Northern Ireland Assembly has consistently refused to legislate on abortion and the DUP continues to take an entirely intransigent stance against abortion.

Meanwhile, some rather more positive developments were unfolding in Westminster.

Capitalising on parliamentary debate on the Queen’s Speech, Labour MP Stella Creasy tabled an amendment which would commit the government to funding abortion services in England for Northern Irish women. At 11am on June 29 it was announced that the speaker of the house had selected this amendment to be debated and voted on at 5pm that afternoon. To avoid that vote and its potential to jeopardise the Conservative arrangement with the DUP, the chancellor of the exchequer, Phillip Hammond, announced that Westminster was prepared to fund procedures for these women after all.

This development followed a decision on June 14 by the UK Supreme Court to dismiss a claim by a teenage girl from Northern Ireland and her mother that the government had acted unlawfully by denying women from Northern Ireland access to NHS-funded abortions in England. The Supreme Court majority held that the government was justified in denying free services to this women, taking account of the political sensitivities of devolution and the potential impact that any decision to fund abortions for women from NI in England would have on Stormont’s ability to regulate this issue.

Hammond’s u-turn goes some way to rectifying the manifest unfairness of denying Northern Irish women NHS-funded abortion treatment in England. It will save some women a significant amount of money. Yet, while not decrying the significance of the development, women forced to travel still face significant additional costs and other obstacles to safe, accessible abortion.

When talking about abortion in Northern Ireland I often said the issue was surrounded by “walls of silence” – let’s pretend it’s not happening. That is no longer the case. The abortion wall is not like the Berlin wall – it won’t come down overnight – but the bricks are slowly crumbling.

Her sentiments are borne out by these developments. With the announcement that the NIHRC will appeal to the Supreme Court, it is to be hoped that we are a step closer to vindicating the reproductive rights of Northern Irish women.