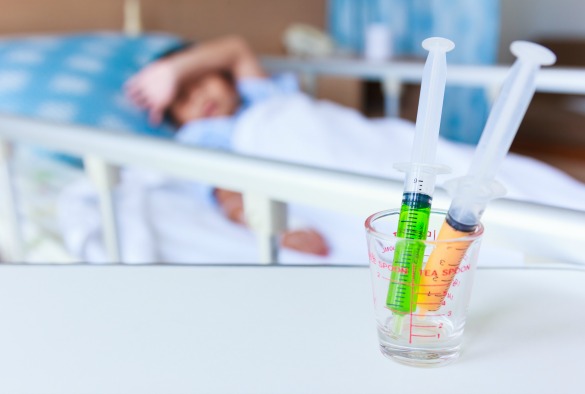 New research published today, conducted by a research team from the University’ Institute of Translational Medicine and Alder Hey Children’s Hospital, aims to help solve the problem of dose optimisation of children’s medicines.

Medicines can have different effects on different people. The effects in children can vary due to changes that take place as they grow and develop. Historically, there has been very little focus on paediatric clinical pharmacology, and there are still a lot of unknowns with regard to optimally delivering medicines to children.

In many paediatric populations worldwide the proportion of children who are overweight and obese is increasing, but there is wide geographical variation (from 16.9% in the USA to 0.5% in Denmark).

The dosage of many children’s drugs is based on total body weight (TBW) unfortunately obesity can cause problems establishing the best dose.

Once absorbed, most drugs do not spread evenly throughout the body. Drugs that dissolve in water (water-soluble drugs) tend to stay within the blood and the fluid that surrounds cells.

Drugs that dissolve in fat (fat-soluble drugs) tend to concentrate in fatty tissues. Some drugs accumulate in certain tissues which can also act as reservoirs of extra drug.

The researchers, led by Dr Dan Hawcutt one of only six trained paediatric clinical pharmacologists in the country, examined growth hormone, which is an expensive medicine routinely prescribed in the NHS to children.

The study, published in PLoS One, looked at the doses of growth hormone children received, and then examined how much they grew (the beneficial effect) and how much they make of a protein called IGF-1 (which may be associated with harmful effects in later life if the levels are too high).

The beneficial effects were related to dose, but for the heaviest children with the largest Body Mass Index, there was a maximum effect – no more height could be gained.

However, increased weight and therefore dose continued to increase the levels of IGF-1.

Dr Hawcutt, said: “Our study shows that using newer dosing methods may actually help those with the lowest and highest BMIs get the beneficial effects while potentially minimising the harmful effects.

“In  addition, these dosing strategies could save the NHS a considerable amount of money. This research paves the way for clinical trials to establish which is the most effective and safe growth hormone dosing strategy for children and young people.”

“This research underlines the important strategic partnership between one of Europe’s largest children’s hospitals and the University Liverpool which enables important discoveries in better, safer medicines for children.