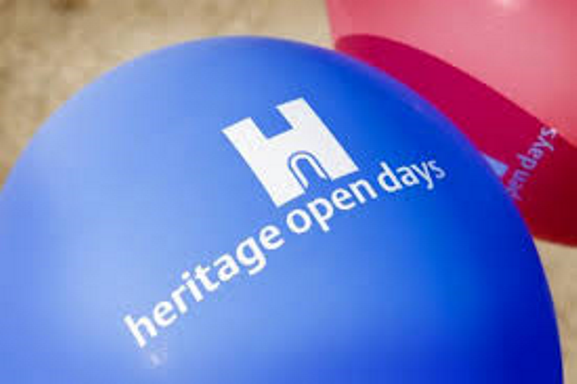 Dr Olivier Sykes lectures in European spatial planning and is a Policy Impact Fellow of the Heseltine Institute:

This weekend various sites and properties of heritage interest in England will open to the public as part of the annual Heritage Open Days (HoDs) event.

Similar programmes are organised in Wales, Scotland and Northern Ireland  as part of the wider European Heritage Open Days (EHODs) initiative which takes place across Europe in 50 states that are signatories to the European Cultural Convention.

This initiative has its roots in France where a similar programme was launched in 1984 that was then ‘uploaded’ to the European level, being first supported by the Council of Europe then jointly with the European Union from 1999.

One of the key attractions of EHODs is the opportunity to visit many sites and buildings which are not normally accessible. These can range from former airfields, to religious buildings, private residences, or various institutions that door not usually open their doors to the public. The initiative thus chimes well with the current interest in exploring ‘the secret histories’ of places, families and individuals.

The initiative is now cited as England’s ‘largest heritage festival’ and as ‘the most widely celebrated participatory cultural event shared by the citizens of Europe’ with an estimated 20 million participants. At the European level the EHODs aim to foster Europeans’ awareness of ‘their shared cultural heritage’ and encourage them to become actively involved in its ‘protection and enhancement for present and future generations’.

They are also a powerful driver of partnership between heritage related organisations and of the mobilisation of civil society – e.g. in England, the National Trust and many local civic societies are partners of the festival. At a time when there are many debates about what constitutes the legitimate history and valued heritage of different places and societies – for example, about whether memorials to those involved in the American Confederacy, colonialism, or the slave trade should be allowed to remain standing, the various EHODs programmes offer an opportunity to inclusively explore heritage themes and their contemporary relevance.

Aims of the initiative, include raising citizen awareness of cultural diversity, countering ‘racism and xenophobia and encouraging greater tolerance in Europe and beyond the national borders’, and inviting Europe to ‘respond to the social, political and economic challenges it faces’.

In England the 2017 Unsung Stories theme thus seeks to ‘champion the fact that history belongs to all of us’ by shining a light on ‘personal histories from the LGBTQ community’. Elsewhere in Europe, the 2016 programme explored themes such as Violence and Tolerance (Greece),

The EHODs thus recognise that definitions of what constitutes valued heritage are also strongly shaped by contemporary events and perspectives. For example, whilst many may see Britain’s heritage as being comprised of multiple transnational layers, contributions and linkages with significance beyond our island shores, events like the 2016 EU referendum campaign – with its manipulation of historical as well as contemporary fact and voicing of nationalist and exclusionary discourses, remind us how contingent perceptions of identity and belonging and by extension definitions of heritage can be.

More insular and nationalistic definitions of what constitutes valued heritage, can reduce the space for the recognition of alternative, or ‘unsung’, accounts of heritage.  The post-referendum period also poses a new heritage question – what is to happen to the tangible and intangible legacies of the UK’s period as a member of the EEC/EU? For example, in Conway (North Wales) a row recently erupted over the EU symbol being carved into a new flagstone in a regeneration project.

Presumably those arguing that the EU symbol is an inappropriate reminder of the UK’s membership will not, however, also be arguing for the removal of the UNESCO World Heritage listed Conwy Castle as a tangible artefact of Plantagenet military and administrative subjugation! Such cases may seem petty and insignificant but they reflect the wider debates above about what (and crucially whose) heritage should be valued and preserved, for example, whether certain statues and memorials should stand or be removed.

They also underline the distinction that many authors have stressed between the notion of ‘history’ per se and value-based notions of what constitutes significant and valuable ‘heritage’ worthy of protection.

The commitment at the heart of EHODs to opening-up secret places and shedding light on forgotten or ‘unsung’ histories, reflects an inclusive ‘open’ view of heritage, which seems particularly valuable at the present historical juncture. In this spirit, as we visit sites and properties this weekend we may even take the time to reflect on the European roots of HoDs, and how they have themselves become a valued part of the cultural heritage of Britain’s home continent.