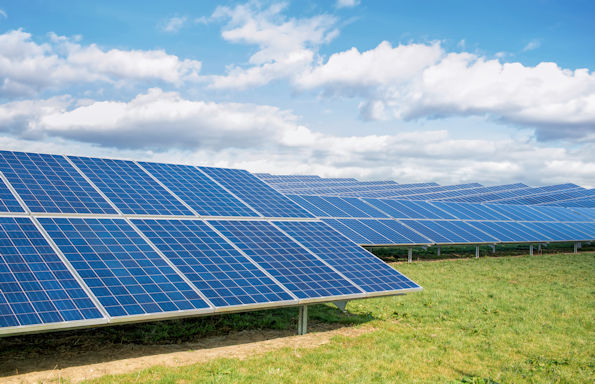 University scientists are partners in an EU research collaboration which aims to demonstrate the viability of hydrogen as a fuel for local transport in isolated and island Atlantic regions such as the Aran islands, Tenerife and Maderia.

The project will draw on the expertise of scientists from 12 institutions, including the University’s Stephenson Institute for Renewable Energy, to trial the use renewable resources such as sun, wind and seawater to produce hydrogen fuel which can then be used to power local transport vehicles.

A pilot plant will be installed in Tenerife that will contain a hydrogen fuelling station powered by solar panels, wind turbines and ocean power and a desalination plant which will use sea water – as opposed to purified water – in the process of producing hydrogen.

The overall aim of the project is to produce an efficient and cost-effective fuelling station that uses sea water to produce hydrogen which then supports a sustainable transport system, and which can be adopted by other Atlantic regions.

It will also analyse the sustainability impact on the island, gauge public opinion towards the use of renewable fuels and assess its impact on sustainable tourism.

Dr Alexander Cowan, from the Stephenson Institute for Renewable Energy who is leading Liverpool’s involvement in the project, said: “Commercial hydrogen fuelling stations do exist, but they often rely on the supply of power from national electrical grids to produce fuel, and often this does not use renewable sources which can be intermittent.

“The team here at the University will be exploring new routes to using renewable electrical power to split water to produce hydrogen.

“Current commercial electrolysers – the device which splits water to produce hydrogen – require potable grade water with a low chloride content yet for the Atlantic area in many territories sea water is the most available water resource.

“During this programme we aim to explore the feasibility and develop new catalysts and electrodes that are able to operate with seawater removing the need for costly and high energy water purification steps.”

The 3.5M euro SEAFUEL project is funded by the Interreg Atlantic Area ERDF programme and is led by the University of Galway.