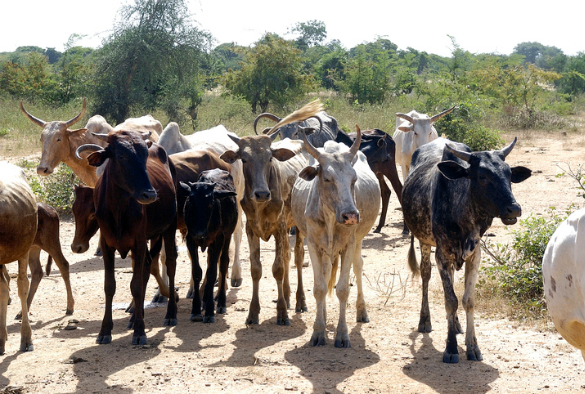 Scientists are beginning a £2 million project to better understand a livestock disease that causes widespread economic hardship in sub-Saharan Africa.

An international team, including researchers from the University of Liverpool, will seek to learn how trypanosome parasites – spread by biting tsetse flies – cause long term infections in cattle. The disease is known locally as nagana, derived from the Zulu word for ‘useless’, which highlights its impact on affected animals. In humans, related parasites cause the disease sleeping sickness.

The research will focus on the two most prevalent species of parasite behind nagana in cattle – Trypanosoma congolense and Trypanosoma vivax.

Sleeping sickness parasites are known to be masters of disguise. Once in the bloodstream, they can change the proteins on their surface to avoid being recognised and destroyed by the immune system.

Researchers will aim to improve their understanding of how the parasite operates in the real world compared with lab-based studies, and to develop novel ideas for prevention and treatment.

Scientists at the Universities of Edinburgh, Glasgow, Liverpool, and in Lisbon, Heidelberg and Baltimore will pool their expertise to discover how these livestock parasites establish long-term infections through immune evasion and maximise their chances of spread. The project is funded by the Wellcome Trust.

Dr Andrew Jackson, of the University of Liverpool’s Institute of Infection and Global Health, said: “We have spent many years working out the genetic basis for immune evasion in African trypanosome genomes. This project is very exciting because it will establish how the knowledge we have gained relates to actual disease. Liverpool has the key role of deciphering antigen gene activity during experiments carried out by our collaborators. Altogether, the project promises to revolutionize how we understand immune evasion, and how we might overcome it.”

Professor Keith Matthews, of the University of Edinburgh’s School of Biological Sciences, said: “We think these important livestock trypanosomes are doing things very differently in cattle compared with those parasites that cause infection in people.

“Our collaboration has the potential to identify vulnerable points in the parasite’s defences that could be targeted using drug therapy or even vaccines – something previously considered impossible. The consequences for economic improvement in sub Saharan Africa could be enormous.”