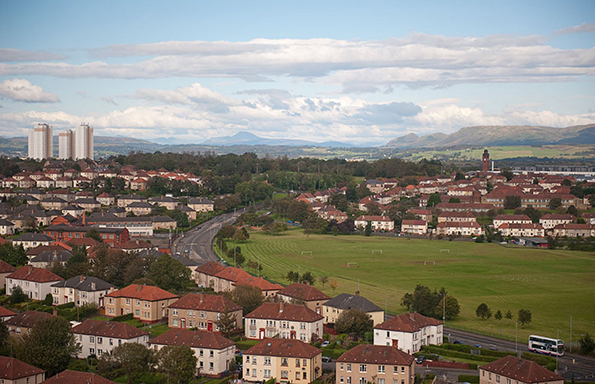 When it was introduced in 2013, government ministers promised that their flagship new benefit Universal Credit would help transform lives, make work pay and support Britain’s most vulnerable households.

In fact, as a letter by 12 backbench Conservatives recently made clear, it increases poverty and hardship, with rent arrears, evictions and referrals to food banks spiking among households who have been moved on to the new benefit.

While the rebel MPs and many others argue that Universal Credit’s continued roll-out should be paused, David Gauke, Secretary of State for the Department for Work and Pensions, used his speech at the Conservative Party Conference in Manchester to pledge to push ahead as planned.

While the political disagreements and flaws with Universal Credit have been attracting considerable media attention, rather less notice has been paid to changes to the benefit being made in Scotland.

Now, as the next phase of the Universal Credit roll-out is implemented, new regulations come into force that will alter how the benefit is administered in Scotland. The flexibilities introduced will allow Scottish households to opt to receive Universal Credit fortnightly (rather than the current default of monthly), and to choose to have the rental component of their benefit paid directly to the landlord rather than to themselves, as is currently the case.

Universal Credit is not one of the benefits devolved to Scotland, and so there are limits as to the changes the Scottish government can make. Much of the furore and criticism of Universal Credit in recent weeks focused on the six-week wait before the first benefit payment is made, and these new regulations will not change that. Nonetheless, they are significant, both in the differences they could make to affected claimants’ lives, and in the way they open up new divisions in how social security policy operates in different parts of the country.

The realities of poverty

In research with individuals directly affected by welfare reform in England, I interviewed single parents, young people on Jobseeker’s Allowance and disabled people several times over five years. The single parents were affected by changes that meant their main benefit was paid fortnightly, instead of weekly, as had previously been the case. They described this making it much harder to budget very limited resources. As Karen put it:

You could manage it easier [when it was weekly] … You got paid every week, you paid everything off every week.

When told that they would be paid monthly when moved on to Universal Credit, individuals were often very nervous about how they would cope. Chloe anticipated her future under monthly payments:

We would definitely be out on the street, we wouldn’t be able to survive.

Participants were also concerned about having their rent paid direct to them (rather than to their landlord), as they feared this would make budgeting harder still. Both Rosie, a single parent, and James, a young jobseeker, felt that the change would lead to increases in rent arrears and evictions, something borne out by the emerging evidence on the impact of Universal Credit’s roll-out. Reflecting on the changes, Rosie asked: “Who’s come up with that stupid idea?”

The flexibilities the Scottish government is introducing to Universal Credit could prove significant in easing budgetary pressures like the ones that the individuals in my research feared. They will not help my research participants, however, who live in the north of England.

In England and Wales, the default on Universal Credit remains for it to be paid monthly with the full payment (including the rental component) made directly to the claimant. While there are circumstances in which claimants can have their benefit paid to the landlord and alter the payment frequency, it is not an option available to all.

In Northern Ireland, where Universal Credit is being introduced on a different timetable, the default will be for the benefit to be paid fortnightly, with payment direct to landlords also possible as in Scotland.

Experiences under Universal Credit will – at least partially – depend on where claimants live, with Scotland and Northern Ireland seeming to offer an approach most in line with the realities of what getting by in poverty involves.

By 2022, when the roll-out is complete, as many as seven million households will be in receipt of Universal Credit. As well as focusing on the big picture of the benefit – and its many problems – we need to better understand how devolution and social security intersect. Only then can will we be able to properly assess how it is affecting households across Britain.