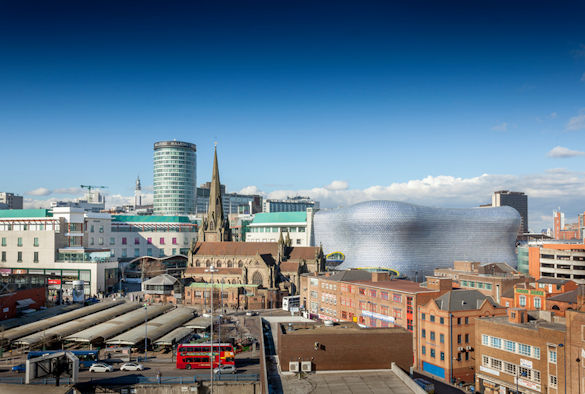 The `population centre’ of Britain has moved further south and east since 1971, according to a new University of Liverpool study of population change in Britain, which provides analysis of data from the 1971 to 2011 Censuses.

The study uses a new data resource – PopChange – which provides Census data for 1km by 1km areas, providing a new level of insight into changing population levels which has not been available before.

Analysis of the Censuses from 1971 through to 2011 using this new resource found that many large cities including Glasgow, Newcastle, Birmingham and Liverpool had experienced large population decreases since 1971, whilst areas on the outskirts of London and the South East coast of England experienced a continuous increase in population over the period.

Further analysis of areas with high population densities (those areas with more than 15,000 people living within a 1km by 1km area) showed that they experienced very sharp declines in their population between 1971 and 1981 – in some cases, these had been by more than 40 per cent of the 1971 population. However, following slight increases in the 1980s and 1990s, these areas experienced much larger population increases between 2001 and 2011, returning to, or overtaking, their 1971 levels.

PopChange is a freely available resource which can be used by the public, data officers, local and central government, and planners to analyse and map population changes in 1km by 1km areas over the last five Censuses.

Chris Lloyd, Professor of Quantitative Geography at the University of Liverpool’s Department of Geography & Planning, who led the project, said: “This new resource allows analysis of population data which has not been possible using official Census information because the areas used to report the data for each Census were of different shapes and sizes, so it wasn’t possible to compare like with like.”

“Our study of population changes in Britain finds that the population centre for each Census has moved steadily further south from Upper Midway in Derbyshire to Snarestone in Leicestershire, as the population of the country has shifted towards the South East.

This reflects a north-south divide in population growth, with more rapid growth in London and the South East of England than elsewhere.  However, we also discovered that many heavily populated urban areas that had experienced very large population decreases during the 1970s have largely recovered, particularly since 2001, and are now back at, or exceed, the levels they were at in 1971.

This urban growth links to opportunities, such as in employment, but also to challenges such as increasing overcrowding seen in outer London and other urban areas.”

PopChange was developed with support from the Economic and Social Research Council through the Secondary Data Analysis Initiative. The project team worked with Clear Mapping Co to create a public web resource (https://popchange.liverpool.ac.uk/) that allows anyone to make population comparisons for small areas across the country.

PopChange is based within the University’s Centre for Spatial Demographics Research, an interdisciplinary centre which explores processes and patterns of population change and their local and global impacts.