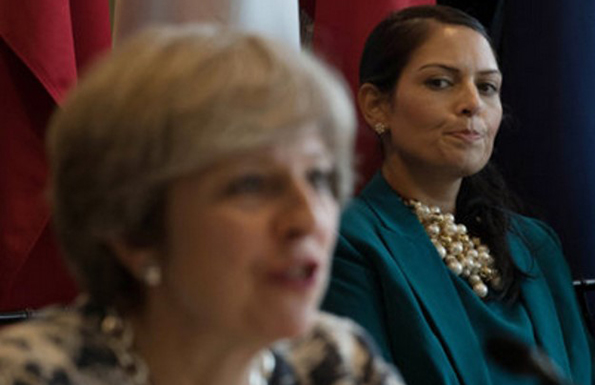 The state of play at the time of writing is, to put is simply, somewhat fast paced. Consequently, by the time you read this, it’s possible events will have already caught up with us.

Bearing that in mind, foreign secretary Boris Johnson has apologised if his comments concerning Nazanin Zaghari-Ratcliffe have been “misconstrued”, following concern that his remarks about her could cause her prison sentence in Iran to be increased. Johnson has promised to visit Iran to clarify this before the end of the year.

Priti Patel, secretary of state for international development, is also under fire for visiting the prime minister of Israel, as well as for attending several other off-the-books meetings during her holiday there. Such meetings undermine the authority of the Foreign Office and so give the appearance of an uncoordinated British foreign policy.

When combined with the departure of Michael Fallon as defence secretary and the appointment of Gavin Williamson (a close ally of Theresa May) in his place, the government is giving off the whiff of terminal decline. Despite all this, it’s not yet in free fall.

There is no mistaking the gravity of the situation facing May’s government. Each of these issues has the potential to fuel a narrative of decline that could seriously harm her premiership. Consequently, the only solution available to May is to impose her authority on her Cabinet by seizing the initiative. To do that she needs to dismiss those who are making life difficult for her. If they remain in place, there is a risk of them becoming reminders of her lack of authority. That lack of authority is a legacy from the ill-fated general election held earlier in the year.

It is a question of both prime ministerial strength and also her leadership of the Conservative party. Both need to be reasserted in order to prevent ministers from acting in a way which would – under normal circumstances – have led to their dismissal. If she follows this convention, she will demonstrate strength over her government and prove that the ministerial code of conduct still applies, despite the problems facing her administration. Put simply, she needs to stamp her authority on her ministers.

Needless to say, Labour will be seeking to exploit the situation. Its strategy so far has been to attack the government on issues of competence over foreign policy (Johnson/Patel) and also over Brexit (David Davis). These attacks have a single purpose – to undermine confidence in the government and trigger a general election.

This political strategy has become possible because of the galvanising around Jeremy Corbyn, who suddenly appears to be leading a competent shadow government. But let’s not forget the problems Corbyn faces. Simply because his leadership is not currently being challenged does not mean Labour is a united party. Rather they are as divided (possibly more so) than the Conservatives on key issues such as Brexit, Trident, antisemitism, and attacks against so-called Islamic State. In short, Labour is hiding its divisions in order to appear united, while focusing on exploiting the problems May faces. This is to be expected of an opposition party.

It’s for May to pull it together. So far, her judgement remains under question. Her leadership can be reasserted if she demonstrates strength of purpose. Sacking Patel (and potentially Johnson) in quick succession will allow her to distance herself from them.

Failing to take decisive action would not just damage the Conservative party, but also the country at a time when the UK faces difficult questions over Brexit and its position in the world. Regardless of what Remainers/Brexiteers think of the issue, it will do harm to the UK if the government of the day is unable to foster a convincing image of competence and statecraft while negotiating with the European Union.

The days ahead will be vital for the survival of May’s credibility and, possibly, the government. The danger for May is if she is unable to act like the prime minister from a position of strength then questions over her leadership risk coming into play at a very dangerous point in the Brexit cycle.