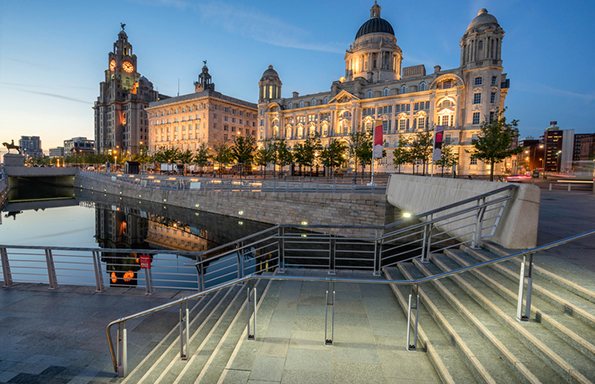 In its report, An Agenda for Liverpool City Region, the Institute suggests focus should be placed on:

Report author, Dr Alex Lord said: “In commissioning this work there was a very clear intention by the Heseltine Institute to support local policy makers through doing what our universities are best at: producing new data and intelligence and conducting primary research.

“We hope that the findings presented meet this challenge and provide policy makers with a new body of evidence on the key questions that confront the Liverpool City Region (LCR).”

To address the first priority area, the report says the LCR is “extremely well-placed” to leverage the Government’s £1billion Industrial Challenge Research Fund and should do so through the development of its own Industrial Strategy.

The report also makes the point that this work would be enhanced by further research on the economic geography of the North West’s urban corridor between Liverpool and Manchester, as part of a new “progressive phase” between the two great cities of the region.

On the long-standing issue of deprivation, the report shows that “the character of poverty experienced in one part of the city is often qualitatively different to that experienced in another”.

It suggests the development of a new breed of spatially targeted policies, as well as further input from universities to understand “in a fine-grained way” and address “in a concerted fashion” deprivation in its different forms across the region.

The report finds that the proportion of students from LCR who choose to stay and study is relatively high, but there is still work to do on enhancing the profile of the city region as an attractor of graduate level employees post-graduation.

To address this, the report recommends the creation of a City Regional Strategy on Graduate Attraction and Retention, comprising all stakeholders, and with a “clear set of goals” to deliver the highly-skilled workforce the region needs.

Dr Paul Redmond is the University of Liverpool’s Director of Student Experience and Enhancement, he said: “We know from our own students that the Liverpool City Region is a highly attractive place to study and work. But so too are many other UK regions.

“What’s needed locally are more graduate-level opportunities so that ambitious and highly-skilled graduates are encouraged to remain in the region to develop their careers.

For retail, the report identifies areas where facilities outperform other UK offers, but also notes that some town and district centres have experienced significant retail decline, with an attendant effect on sense of place. A strategy “exploring all options for town centre regeneration” should be pursued.

Perhaps the biggest opportunity presented by the report is the harnessing of the River Mersey for renewable energy generation. But it notes that, unlike other UK and world estuarial cities, there is no governance structure in place to manage the asset.

LCR Mayor Steve Rotheram said: “This is a timely and welcome report that recognises the enormous opportunity that devolution presents to deliver a step change in ambition and achievement for the City Region.

“It identifies big challenges but also outstanding opportunities to establish Liverpool City Region as a positive economic and creative asset for the UK.

“I think the key message is that our future depends on our own ability to make the most of our human, natural and economic assets. Devolution gives us the platform to do exactly that.”