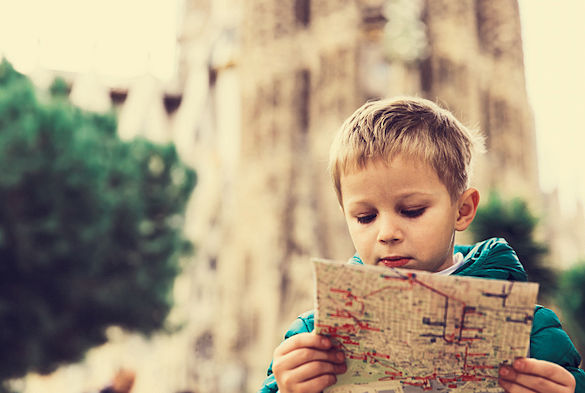 New research from the University suggests that children as young as eight can learn a route after only a single experience of it.

Wayfinding is the ability to learn and recall a route through an environment. Theories of wayfinding suggest that for adult and children to learn a route successfully, they must have repeated experience of it.

Researchers from the University’s School of Psychology, led by Dr Jamie Lingwood, conducted an experiment to investigate whether children could learn a route after only a single experience of the route.

A total of 80 participants from the United Kingdom in four groups of 20 8-year-olds, 10-year-olds, 12-year-olds, and adults were shown a route through a 12-turn maze in a virtual environment. At each junction, there was a unique object that could be used as a landmark.

Participants were “walked” along the route just once (without any verbal prompts) and then were asked to retrace the route from the start without any help.

Nearly three quarters of the 12-year-olds, half of the 10-year-olds, and a third of the 8-year-olds retraced the route without any errors the first time they travelled it on their own.

The research has been published in the Journal of Experimental Child Psychology.

Dr Lingwood, said: “The findings of our study suggest that many young children can learn routes, even with as many as 12 turns, very quickly and without the need for repeated experience.

“Our research has implications for previous theories of wayfinding that emphasize the need for extensive experience.”

The full study, entitled ‘Using virtual environments to investigate wayfinding in 8- to 12-year-olds and adults’, can be found here