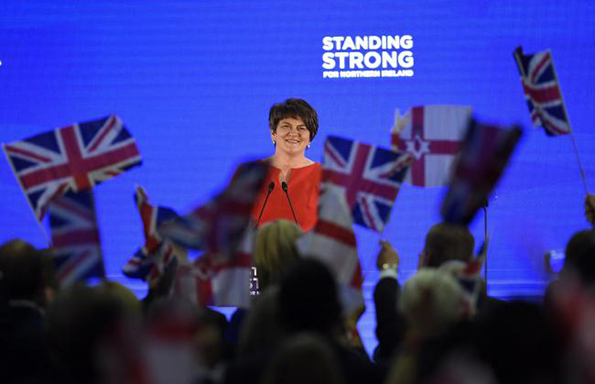 The Democratic Unionist Party has consistently stressed that it will reject any Brexit deal which creates a regulatory divergence between Northern Ireland and the rest of the UK.

For a time, it looked as though Northern Ireland might be handed some kind of special status after Brexit. This was in order to avoid having to introduce customs checks at the border with the republic and to ensure the continued effective implementation of the Good Friday Agreement. DUP leader Arlene Foster said she would block any such move. Northern Ireland is part of the UK, the DUP argues, and must therefore continue to live by the same rules as the UK, not Europe. 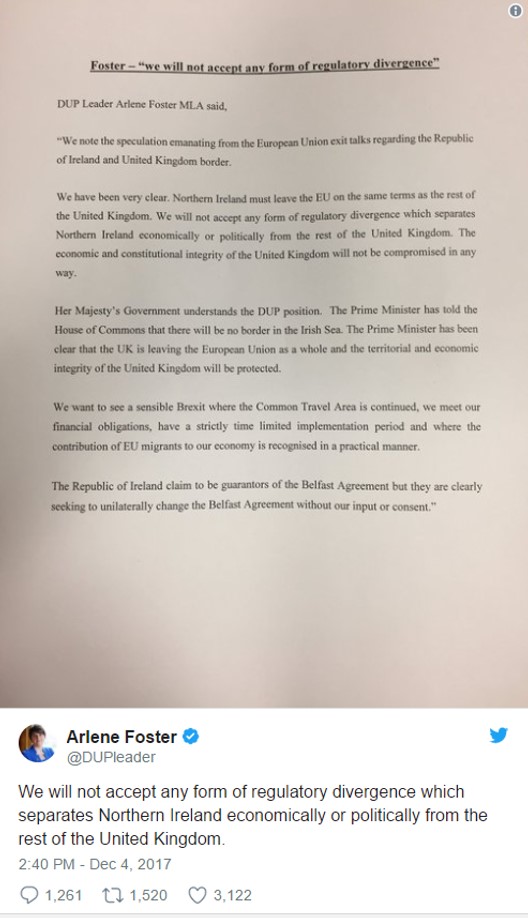 This perspective may be expected from a hardline unionist political party, but it’s hypocritical. Northern Ireland diverges from the rest of the UK on a number of matters, the majority of which have been consistently supported by the DUP. The party supports devolving power to the Northern Ireland Assembly to set corporation tax and air passenger duty, for example. That’s largely in the hope of competing with the Republic of Ireland for business. Same-sex marriage also remains banned.

What’s more, Northern Ireland diverges from the UK on the key matter of abortion. It has failed to adopt the 1967 British Abortion Act and continues to implement an archaic system. Procedures are only available in the most extreme circumstances.

This doesn’t mean, however, that women from Northern Ireland don’t have abortions. Almost 1,000 women travel to England each year to access abortion services. Until mid 2017, they had to pay as private patients while all other British citizens were entitled to free care on the NHS. Countless others access the abortion pill online illegally, and have been prosecuted for doing so.

The DUP’s staunch opposition to any relaxation of abortion laws highlights the party’s ability to put aside the importance of consistency within the United Kingdom when it suits its political beliefs.

In fact, analysis conducted on the five political debates which have taken place in Stormont on the issue since 2000 (with Dr Fiona Bloomer of Ulster University) highlights something quite surprising. DUP party members actually tend to subvert their unionism when discussing abortion. They reaffirm an all-island affinity on the issue and a united religious and political front. They refer to abortion as a topic that brings together Protestant and Catholic communities.

During a 2013 debate on the provision of abortion services in Belfast by the private provider Marie Stopes International, for example, DUP member Paul Givan illustrated a lack of concern for overarching legal consistency within the UK:

Across the island of Ireland, we share a common bond in seeking to protect and provide the best care for mothers and unborn children. We are recognised globally as one of the premier providers of maternal care. That this common political bond has been replicated across our religious communities is demonstrated by support from the Church of Ireland, the Presbyterian Church in Ireland and the Catholic Church. People ask what a shared future looks like, and I point to this moment of an SDLP, DUP and Ulster Unionist bringing forward proposed legislation related to the most basic of human rights; the right to life.

Much of this rhetoric is misleading. Contemporary opinion polls indicate that both Catholic and Protestant communities are supportive of at least limited reform of abortion law. Research has highlighted that pro-unionist under-40s feel largely underrepresented by parties in the region because of the social conservatism of most unionist parties.

Meanwhile, the majority of Northern Ireland voted against Brexit, yet the DUP continues to push an agenda that views a border with Ireland as preferable to a border with the rest of the UK.

The DUP seem to use different identities to support the limitation of rights to particular groups in Northern Ireland. This is increasingly worrying given the high stakes of Brexit and the powerful role the party now plays in Westminster through its pact with the Conservative Party.

The hypocrisy of the DUP when reiterating their opposition to regulatory divergence between Northern Ireland and the rest of the UK will be felt most keenly by those women from Northern Ireland who must continue to travel to England to access abortion services or who are forced to procure their abortion illegally online.

More
PODCAST: Can the DUP push the Conservatives to the left?