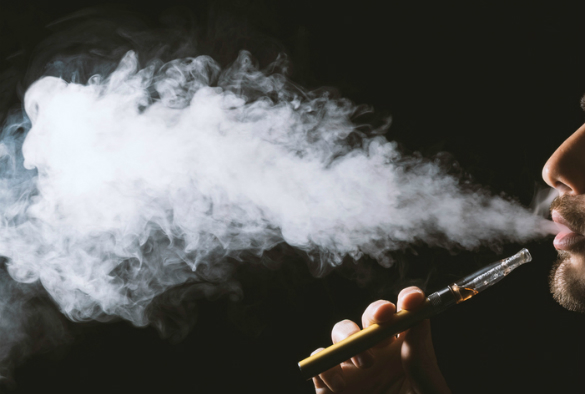 The vapour from e-cigarettes could raise the risk of bacterial lung infections, new University of Liverpool research has found.

The study, carried out in collaboration with researchers from Queen Mary University of London, included experiments with respiratory cells grown in the lab, mice and humans. It showed that similarly to the reported effects of traditional cigarette smoke, exposure to e-cigarette vapour helps pneumococcal bacteria stick to airway lining cells, increasing the risk of infection.

The research, which is published in the European Respiratory Journal, examined the effects of e-cigarette vapour on a molecule produced by the cells that line the airways, called Platelet-Activating Factor Receptor (PAFR). Previous research has shown that pneumococcal bacteria use PAFR to help them stick to airway cells, which in turn increases the ability of bacteria to invade body tissues and cause disease.

When studied in mice, the researchers found that inhaled exposure to e-cigarette vapour also increased levels of PAFR on airway lining cells and increased the number of pneumococcal bacteria in the respiratory tract after infection, making mice more susceptible to disease.

Finally, the researchers studied PAFR levels in cells lining the nose of 17 people. Of these, ten were regular users of nicotine containing e-cigarettes, one used nicotine-free e-cigarettes, and six were not vapers. First, PAFR levels in the airways of all 17 volunteers were measured. Then, vapers were asked to take at least ten puffs on their e-cigarettes over five minutes. One hour after vaping, PAFR levels on airway cells increased three-fold.

Professor Aras Kadioglu, who led the respiratory infection studies at the University’s Institute of Infection and Global Health, said: “Our in vivo studies show that vaping increases PAFR expression in the nasopharynx, and this is subsequently associated with increased density of pneumococcal colonisation. As pneumococcal disease is preceded by colonisation of the nasopharynx, vape induced expression of PAFR is clinically significant and indicates increased susceptibility to pneumococcal infection.”

Professor Jonathan Grigg, who led the cell and human studies at Queen Mary University of London commented: “Some people may be vaping because they think it is totally safe, or in an attempt to quit smoking, but this study adds to growing evidence that inhaling vapour has the potential to cause adverse health effects. By contrast, other aids to quitting such as patches or gum do not result in airway cells being exposed to high concentrations of potentially toxic compounds.”

The work at the University of Liverpool was supported by a Medical Research Council Programme Grant. 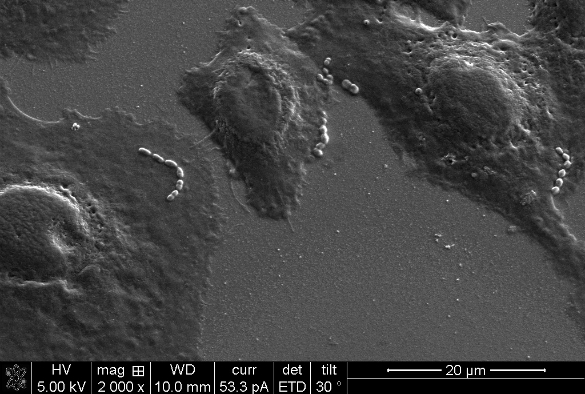