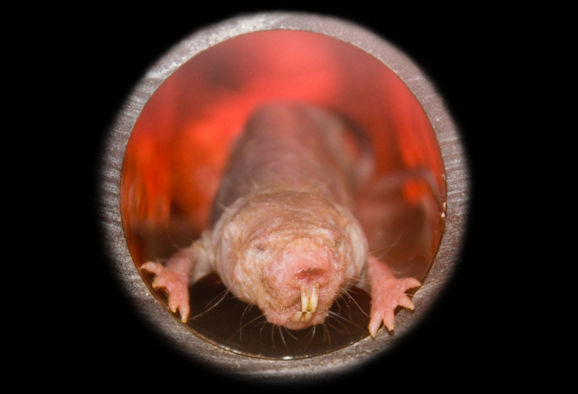 A new international study has identified clues concerning the cellular processes that contribute to the naked mole rat’s resistance to cancer.

Cancer is rife in the animal kingdom. For many, the mortality rate is similar or even higher to that suffered by humans.

Cancer occurs when a seemingly normal cell spirals out of control. Usually, damaged or defective cells are destroyed, but occasionally one will keep proliferating, creating more and more rogue cells. The eventual result is a tumour.

The more cells an organism has and the longer it lives, the more likely it is that one of its cells will succumb to a random cancer-causing mutation. However there are exceptions.

The naked mole rat (NMR) is an exceptionally long-lived and cancer-resistant rodent native to East Africa. NMRs have a natural defence mechanism against cancer. After several decades of observation, very few naked mole rats have been observed developing tumours.

In the new study an international collaboration of scientists, including researchers from the University of Liverpool’s Institute of Ageing and Chronic Disease (IACD), studied NMRs to see if the rodents exhibit an anticancer mechanism called cellular senescence and, if so, how the mechanism might work differently than in short-lived animals, like mice.

Cellular senescence prevents damaged cells from dividing out of control and developing into cancer. However, by stopping cell division in order to prevent potential tumours, senescent cells can also accelerates aging.

Previous studies have found that when the cells that had undergone senescence were removed from mice, the mice were less weak in advanced age when compared to mice that aged naturally with senescent cells intact.

The researchers compared the senescence response of NMRs to that of mice, which live a tenth as long. They found that although NMRs do experience cellular senescence they continue to live healthy, long lives.

The researchers found that although naked mole rats exhibited cellular senescence similar to mice, their senescent cells also displayed unique features that may contribute to their cancer resistance and longevity.

The study has been published in the Proceedings of the National Academy of Sciences of the USA (PNAS) journal.

Dr Joao Pedro De Magalhaes, University of Liverpool’s Institute of Ageing and Chronic Disease, said: “Our research suggests that naked mole rats are able to inhibit metabolic processes of the senescent cells, resulting in senescent cells that are less pathogenic.

“In addition, naked mole rat cells are more resistant to DNA damage. Therefore, one hypothesis is that the way naked mole rats are better able to cope with damage to their genome is essential for their longevity and cancer resistance.”

The research was supported by grants from the National Institute of Aging and by the Life Extensions Foundation.