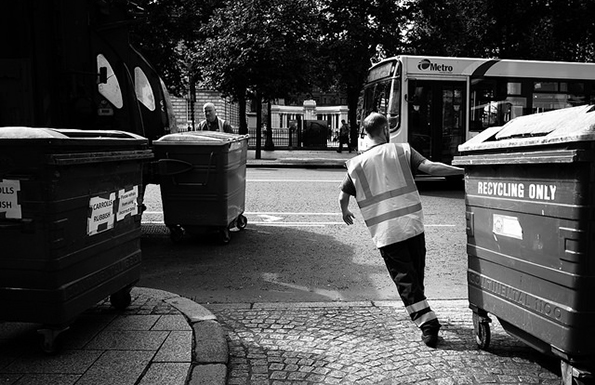 Any celebration of the twentieth anniversary of the Good Friday Agreement (GFA) on 10thApril 2018 will be muted. The deal barely exists. Strand one, devolved power-sharing in Northern Ireland (by far the most important element) has collapsed. Strand two, the all-island dimension, needs rewriting in the context of Brexit and the North-South Ministerial Council is mothballed. Strand three, the British-Irish intergovernmental conference and the British-Irish Council, is set against the Brexit-context cooling of relations between the UK and Irish government. Other elements, such as the Civic Forum, fell by the wayside years ago. So far, so bad. Yet few viable alternatives have been offered.

Analysis of the GFA needs to disaggregate the peace and political processes. Compared to what preceded the deal, the peace aspect has been successful. The politics have been chronically unstable. Another looming anniversary, in three years, is the centenary of Northern Ireland, an entity which has still failed to fully embed.

The post-GFA peace has been imperfect but represents huge improvement. It tends to be forgotten that the worst atrocity of the Troubles, at Omagh in August 1998, came after the GFA. Such grief has not been repeated, but it is worth noting that, between 2005 and 2015, there were 1,243 shooting and bombing incidents, 851 casualties, 26 deaths, 15,369 sectarian incidents, 436 people charged under anti-terrorism legislation and an official threat level which has remained at severe. If those figures don’t look great, remember that in one year alone, 1972, there were 10,000 shootings and bombings.

As for the political process, the devolved Northern Ireland Assembly and Executive was suspended three times in the fledgling post-GFA 1999-2002 period, before collapsing entirely in Autumn 2002. Humpty was only put together again four-and-a-half years later, when the hitherto anti-Agreement DUP, having become the largest party harnessing unionist opposition, miraculously became pro-Agreement – the St Andrews Agreement of 2006. With Sinn Féin now willing to support the police and the Provisional IRA having decommissioned its weapons, DUP leader Ian Paisley saw the opportunity to reinvent himself as statesman rather than bombastic permanent oppositionist. All that had been rejected in1998-2002 was, extraordinarily now acceptable or in any case irreversible (e.g. early prisoner releases).

The fabled Paisley-McGuinness ‘Chuckle Brothers’ period of devolution followed – brief and overstated – even if the personal chemistry was undeniably important. The most significant period of devolution came with the DUP’s Peter Robinson as First Minister, with the transfer from Westminster to Stormont of policing and justice responsibilities from 2010, the year after Martin McGuinness had denounced renegade IRAs as ‘traitors to Ireland’ in the aftermath of the killing of two British soldiers outside Massereene Barracks.

The post-GFA politics of Northern Ireland have at times appeared a battle-a-day over cultural issues: flags, parades, language acts. Whilst this represents improvement over a bomb-a-day over constitutional questions, it remains troublesome. Anti-consociationalists have long held that an ethnic bloc deal of the type represented by the GFA essentialises, exacerbates and freezes divisions; an exercise in conflict management not resolution. In terms of cross-community voting there is no evidence of thawing and the picture is only marginally better regarding societal integration. For consociationalists, the hope is that a sustained period of power-sharing will dissipate ethnic rivalries; a similarly path-dependent model will see the consolidation of peace as people realise its benefits. Moreover, consociationalists can argue that identities are not fixed. More than ever, many in Northern Ireland do not identify as unionist or nationalist. However, they tend not to vote (cross-community parties remain small) and political institutions are constructed upon the traditional faultline, with mutual vetoes and parallel consent for key decisions.

What happens now to the GFA? There seems little immediate prospect of the restoration of devolved government. Failure to reach agreement on an Irish Language Act, the DUP’s strong position at Westminster and the lack of trust between Northern Ireland’s main two parties all lean towards the direct rule which few desire. The most humane form would keep the Assembly, as a talking shop scrutineer of the decisions of UK government ministers.

Parliamentary scrutiny in the Commons and Lords will be minimal and the situation appears as bleakly undemocratic as when Orders-in-Council – which cannot be amended by MPs – were used in the sustained era of 1972-98 direct rule. As a taster, the Lords passed all stages of three emergency Northern Ireland Bills last month ‘in the time it takes to make a cup of tea’ GFA? Gone Fully Awry.