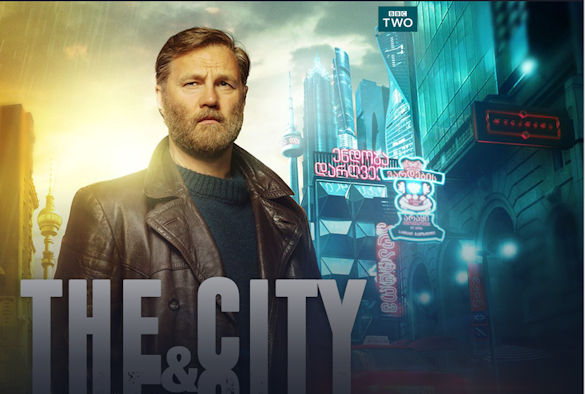 The University’s Victoria Gallery & Museum (VG&M) will appear in tonight’s episode of The City and The City which is on BBC 2 at 9pm.

The City and the City is a four-part adaptation of award-winning sci-fi/detective-fiction novel by British author China Miéville which began last week on BBC2.

Starring David Morrissey, The City & the City takes place in the fictional European cities of Besźel and Ul Qoma which share the same geographical space but, due to a strange agreement between them, are perceived as two different places, with citizens of one forcing themselves not to see the other – no matter how near they are.

Filming for the series took place in Liverpool last year and other locations that feature include the Strand, the India Buildings and Water Street, the Williamson tunnels and the Reservoir in Toxteth.

Keep your eyes peeled in tonight’s episode and you will spot the Tate Hall Museum and the Leggate Theatre.

If you don’t manage to catch tonight’s episode then you can watch the whole series on BBC iplayer:  http://www.bbc.co.uk/programmes/p061bd5l