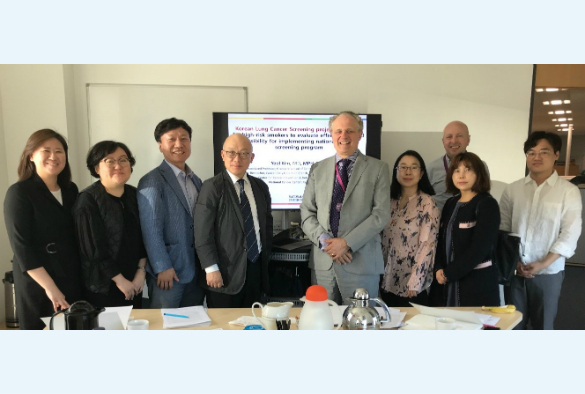 A Korean delegation recently visited the University to learn more about lung screening in the UK.

They also heard more about the production and use of lung cancer risk prediction models such as MyLungRisk, which was used in the UK Lung Cancer Screening (UKLS) trial as part of the Healthy Lung Project run by Liverpool CCG.

Professor Field, who leads the UKLS trial, said: “As part of an interesting and informative meeting, we also learnt about steps being taken in Korea to address implementation of Lung Cancer Screening and discussed some of the challenges around patient selection, radiology, lung nodule management and differences in lung cancer epidemiology.”