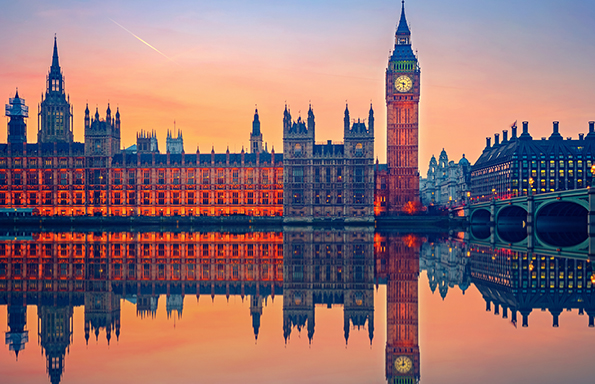 The progress of the Withdrawal Bill – perhaps a ‘once in a generation’ statute – has presented a mixture of the expected and the unprecedented, with familiar insights emerging alongside novel developments.  It appears that the government is so far emerging relatively unscathed from a potentially bruising re-engagement with the amended Bill in the Commons, in particular by ‘winning’ the vote to reject the Lords’ amendment giving Parliament a more ‘meaningful vote’ on the terms of the final Withdrawal Treaty reached with the EU.  Yet while the government here avoided defeat (at the last minute, and on the basis of a personal intervention by the Prime Minister), Parliament seems also to have won concessions.

This continues a familiar pattern of constitutional activity in relation to the EU (Withdrawal) Bill, with this weak minority government doing whatever it can to avoid formal defeats on divisions by negotiating, compromising and conceding with rebels on key points of concern.  This approach has seen some previous shifts on, for example, the scope of the powers to enact large amounts of delegated legislation created by the Withdrawal Bill, and a new scrutiny system to sift through these statutory instruments to flag those that are especially controversial.  The Bill could no doubt still be improved in these areas and many more (and amendments proposed by the Lords to do this were rejected in the Commons yesterday), but it reveals a more complex picture than focusing on ‘wins’ and ‘losses’: the government is under considerable pressure, and Parliament continues to shape and reshape this legislation.

In this sense, as this Bill changes, the constitutional process for exiting the EU is developing andbeing designed as it goes on.  This was to be expected given the ‘political’ nature of the UK’s atypical, uncodified constitution, combined with the immense complications of the unprecedented task of separating our deeply embedded legal connections with the EU.  And in this context, we see Parliament and the government interacting to potentially reshape the relationship between Parliament and the government.  This is not about preserving parliamentary sovereignty, which remains clearly evident in the government’s dependence on Parliament for approval of the Withdrawal Bill.  But it is producing potential innovations, such as the idea at the core of disagreement about what constitutes a ‘meaningful vote’ for Parliament on the final Withdrawal Treaty:  whether Parliament should acquire new powers to direct the government in its negotiations with the EU in the event that an unsatisfactory deal, or no deal at all, is reached.

While the concessions made by the Prime Minister to avoid defeat will need to be clarified when the Bill returns to the House of Lords, it seems clear that Parliament has won itself not just a veto over the final deal, but an increasingly structured role in determining what happens next if an agreement collapses or is rejected.  The government, it seems, will at least have to report back to Parliament at crucial, legally determined milestones and seek the approval of the Commons for how it intends to proceed in the renewed negotiations.  What that might mean, if anything, for the terms of Brexit is unclear, given the government will still be the primary negotiator on the international stage, as is its well established constitutional role, and Parliament’s power would be constrained by the position taken by the EU, while continuing to be shaped by the result of the 2016 referendum.  However, if Parliament does acquire a power of direction over the government through the Withdrawal Bill, it would create a new dimension to the government-Parliament relationship in the international sphere.

Although these issues with a ‘meaningful vote’ grabbed the first round of headlines, there are also still unresolved – perhaps now unresolvable – issues in the Withdrawal Bill in relation to devolution.  Amendments from the Lords changing the position of the devolved institutions in Wales, Scotland and Northern Ireland in relation to powers returning from the EU were accepted, with the SNP voting against.  This is consistent with the position of the Scottish Parliament, which has refused to grant legislative consent to the Withdrawal Bill on the grounds that changes to the law in areas within their devolved competence, including agriculture and the environment, could be made without their express consent in a transitional period of up to seven years.

The UK government has some cover here, in that the Welsh government has given legislative consent, and accepted concessions which mean that areas in which UK wide regulation is required will be subject to a normal presumption (but not a legally enforceable requirement) of agreement with the devolved governments.  But it would be without precedent for a Bill – especially one of this degree of constitutional significance – to be enacted without the formal consent of the Scottish Parliament.  And while this is a conventional, and not a legally binding position, to proceed in this way could have longer term costs for the Prime Minister, putting the prospect of a second independence referendum firmly back on the political agenda.

As further amendments are voted on, and the Bill returns to the House of Lords, we may also see further constitutional issues.  How far the Lords may press some of the amendments which the Commons has rejected is not clear.  But given the primacy of the elected Commons over the unelected Lords is clear – and, again, with the democratic character of the referendum decision which began this process shaping events in Parliament – this is unlikely to be pushed to breaking point.

Further – and perhaps most ironically, given the length and complexity of the process to this point – in some ways the substance of the Withdrawal Bill has been outpaced by events.  For now more legislation will be required – a Withdrawal Agreement and Implementation Bill – to give legal effect to the terms of the exit and transition deal that the government hopes to conclude with the EU before October 2018.  Some of the challenges above, resolved or unresolved, may therefore need to be encountered again, but in about half the time that has been available for the Withdrawal Bill.

As the EU (Withdrawal) Bill enters the end game we can see that, like the Brexit process more broadly, it affects almost all aspects of the UK’s constitutional system, in familiar, but also new and challenging ways.  And whatever happens next, its deeper constitutional implications are likely to reverberate for a long time to come.