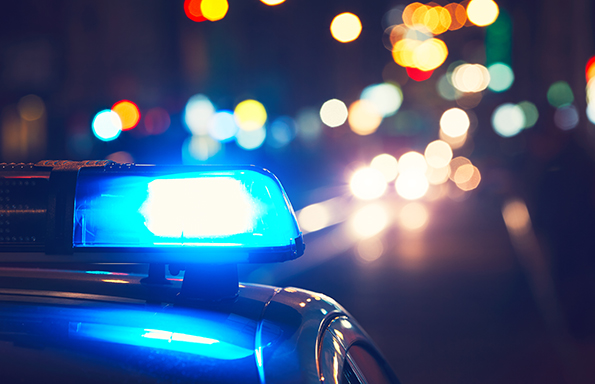 Merseyside Police is piloting a new learning tool developed by University of Liverpool that should help officers provide an improved service for victims of the complex new coercive control law.

The tool could be used as a face-to-face training aid or adapted as an online resource and will be made available to other interested police forces and appropriate agencies.

It is based on the findings of a research project led by Lancaster University’s Dr Charlotte Barlow, Professor Sandra Walklate from the University of Liverpool’s Department of Sociology, Social Policy and Criminology and Lancaster University’s Dr Kelly Johnson, as part of the N8 Policing Research Partnership (N8PRP). The tool provides training and guidance to help officers at all ranks to understand, respond to, investigate and evidence coercive control.

Professor Walklate said: “This work offers a unique insight into the policing problems and possibilities of this legislation.

“Its findings are of immense value for policing practitioners and demonstrate the huge potential in engaging in N8 funded work.”

Controlling and/or coercive behaviour in intimate or family relationships became a new criminal offence in England and Wales under Section 76 of the Serious Crime Act in December 2015, making it illegal to engage in a pattern of abusive behaviour; such as intimidation, control, humiliation and degradation used to harm, punish, or frighten the victim (behaviours that were technically not criminalised before).

The project, Policing Responses to Coercive Control provides important insights into how that legislation is working and its findings carry significant implications for the policing of coercive control across England and Wales.

It is the first evidence-based research to look in detail at the implementation of the legislation on coercive control.

The research, the first of its kind and funded by the N8PRP, reveals that, of the 19,000 domestic-abuse related crimes recorded by Merseyside Police over 18 months, only 156 were listed under new coercive control offences.

Project leader Dr Barlow, from Lancaster University Law School, said: “The research paints a complex picture of how the new coercive control offence is playing out in police practice.”

Findings also suggested that there were possible missed opportunities for using the coercive control offence.

When analysing a random sample of other domestic abuse crimes, 87% of the sample analysed could have been recorded as a crime of coercive control, because of the types of behaviour present (such as patterned abuse and control).

A significant number of coercive control cases faced no further action because of ‘evidential issues’.

Chief Inspector Chris Gibson said: “The recent introduction of coercive control legislation provides police forces with an opportunity to protect victims who experience a spectrum of abusive behaviour. But in order to enforce the law as effectively as possible, we must encourage victims to recognise coercive behaviour and report it to police, and ensure we as police forces are equipped to spot and deal with the signs as soon as possible.

“We have therefore supported this study and have been working with Dr Barlow to improve our understanding of this behaviour and give our staff the expertise and confidence to identify coercive behaviour and apply the legislation. We are reviewing the conclusions of this study to identify the most effective way to ensure our frontline staff benefit from its findings, and ultimately improve the service we are able to provide to our communities.

“It can often prove challenging for police forces to identify coercion and control as the principle offence at the start of an investigation. We deal with vulnerable victims who for complex reasons sometimes find it difficult to engage with police, and report the signs and symptoms they are experiencing. This makes it all the more important to improve our officers’ ability to recognise them more effectively and we will use this study to help us identify those opportunities.”

Chief Insp Gibson added: “I would like to take this opportunity to ask anyone who believes they may have been subject to coercive behaviour to report it to police.

“This study has shown that our officers have often identified this pattern of behaviour after other domestic-related offences have been reported. Our hope is that the more awareness that is raised about this legislation, the more people will recognise themselves they are victims and have the confidence to come forward.”

The tool was developed in partnership with Merseyside Police and Women’s Aid.