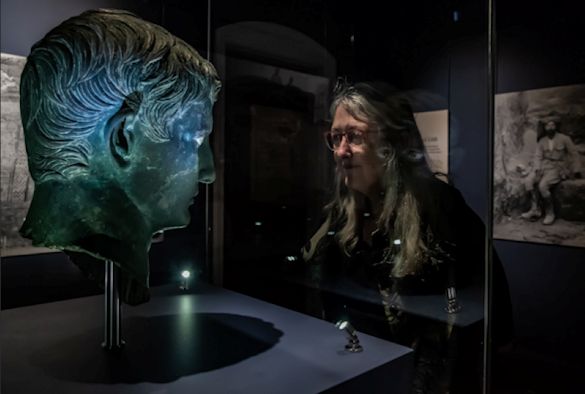 Dame Professor Mary Beard visited “one of the most vivid Roman portraits we still have”, the Meroe Head of Augustus, this week and gave talks to packed audiences of over 400 people at the Victoria Gallery and Museum.

The Head has been on display “in his holiday home in Liverpool” for the past 4 months and is due to return to its usual housing at the British Museum this Saturday.

Nicola Euston, Museums and Galleries Manager at the University of Liverpool, said: “Professor Beard received an Honorary Degree from the University in 2016 so it’s brilliant to welcome her back to Liverpool at such an exciting time; we’re celebrating our 10 year anniversary after our opening in 2008 for Liverpool’s year as Capital of Culture. Professor Beard’s visit is a highlight in a year packed full of celebratory events and exhibitions at the Victoria Gallery and Museum.” 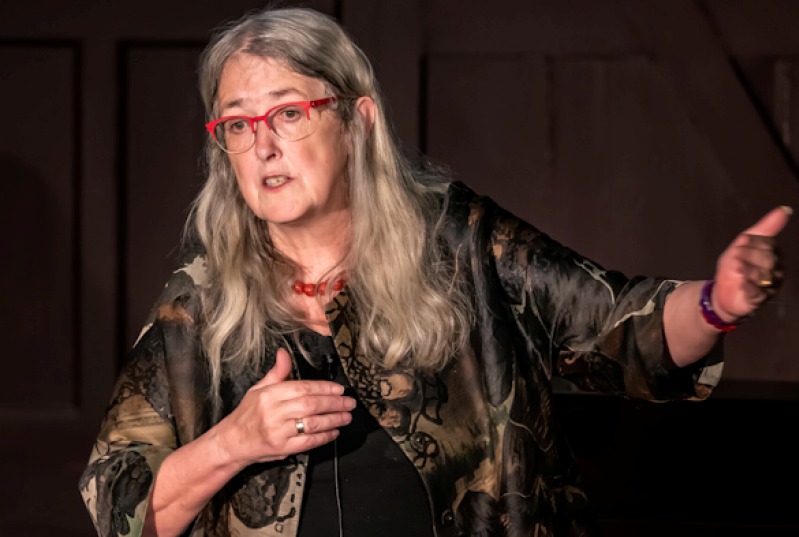 The Problem of Identification

If a museum names a Roman portrait there ought to be a question mark after that name, if not multiple question marks.

Professor Beard began by asking a question; how can we be sure that it is Augustus that the statue portrays? She noted how the Roman statues that survive today are rarely name stamped, and that, if they are, they’re almost always a counterfeit. In fact, the method of identifying Roman statues is less of an exact science and more of a “perilous process of deduction and comparison”.

Images of Augustus identified on coins are compared to statues that, once identified, can be used to identify other statues. This process of circular identification often yields more erroneous conclusions than historians would happily admit to. No two statues that remain of Augustus are exactly the same, however there are recurring similarities that help with the identification process, for example the intricate details in the way the hair is arranged can be uncannily similar. 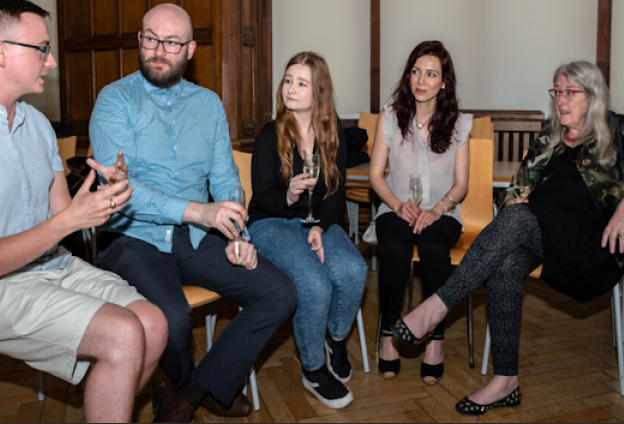 The Roman Empire was flooded with Augustus’ face as part of a systematic campaign to spread the word that a new Rome had arrived.

Augustus’ ascent to power marked a turning point in Roman history; the “quasi-democracy” (“quasi” in the sense that a vote cast by a rich Roman citizen was worth more than a vote cast by a poor Roman citizen) was replaced by an unelected Emperor’s rule for the first time in Roman history. This political overhaul heralded a new Rome, and this new Rome needed a brand new image. The new Government needed to send out the message that Augustus’ rule signalled a new era, a new Rome, and it was out with the old and in with the new.

To a modern viewer the bronze head may seem unremarkably classical; however it would have been “jawdroppingly revolutionary” to the Roman citizen since “no-one had ever been represented like this before”. Romans would have been used to seeing their elected leaders depicted as old men with lined faces that expressed their extreme wisdom and scholarship. The image of a strong and youthful Augustus “captured the ideology of the new regime” and ensured that Augustus was “primus inter pares, first among equals”.

The “revolutionary political campaign” ensured that this image of power was disseminated across the Roman Empire. Standardised moulds of Augustus’ head were created and distributed across the provinces to ensure that his image saturated the Empire. The campaign worked. The image of Augustus became ubiquitous and inescapable; reaching right across the Empire with approximately 25,000-50,000 statues on display.

The profile of Augustus, synonymous with the power of the Roman Empire, was also to become synonymous with African resistance. In 25/24 BC a Kushite army raided Roman Egypt’s southern border where they destroyed and looted portrait statues of Augustus, among them the Meroë Head. Rome demanded the return of the Head but the Kushites held onto the prized trophy. As a permanent act of defiance and insult, the Kushites buried it beneath the steps of a victory monument at Meroë, so that worshippers symbolically trampled Augustus’ decapitated head as they entered the building.

The Head has survived underground through the centuries and, excavated in 1910 by the University’s Professor John Garstang, has emerged remarkably well preserved. The irony remains that the “classic symbol of the power of the Roman Empire” simultaneously symbolises Rome’s ultimate demise.

All image credits to ©McCoy Wynne