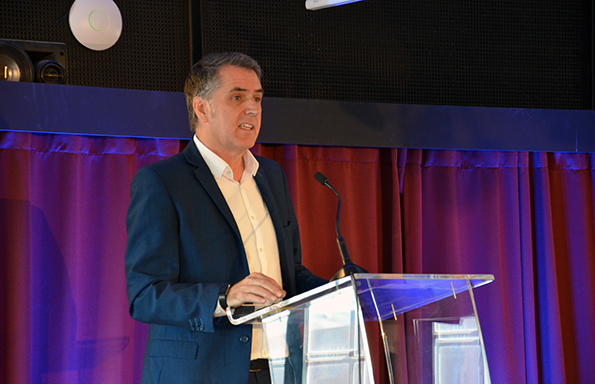 Liverpool City Region (LCR) Mayor Steve Rotheram announced the formation of a new £5m Town Centre Commission at a University of Liverpool event assessing the role a year in.

Steve Rotheram told the packed audience at the Maritime Museum that it is vital “to ensure everybody benefits from the prosperity our economy produces”. 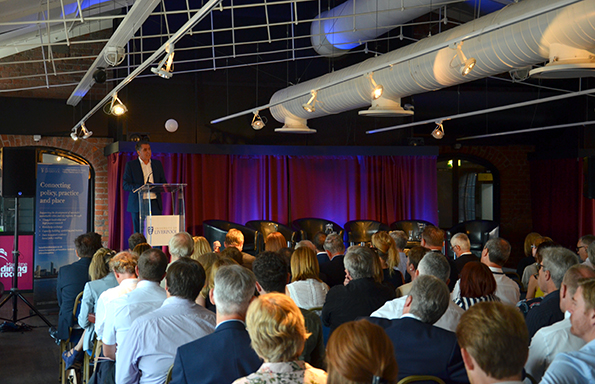 To that end, he will form a new Town Centre Commission, which will “work to produce a long term investment plan for each town centre” in the LCR.

The £5m fund will see each area in the region receive £1m to develop a “masterplan” and ensure “the benefits of devolution are shared”.

Steve Rotheram had earlier compared the dual roles of LCR Mayor and City of Liverpool Mayor as “a bit like having two cathedrals – different in styles, but they complement each other”.

He talked up two big projects: the desire to generate tidal energy from the Mersey and accessing the high speed internet link that comes into Southport from across the Atlantic.

He said: “Together they can be the foundations of our future economic prosperity, and make our region the digital gateway for the fourth industrial revolution”. 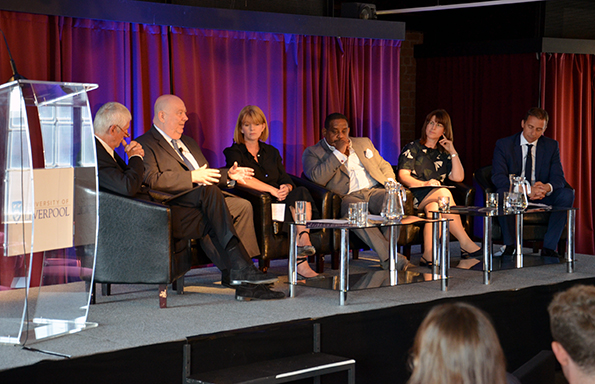 And echoing a key theme emerging throughout the event, he added: “The elephant in the room is Brexit – that’s what has paused devolution.”

Earlier, Stephen Jones, Head of the Government’s Cities and Local Growth Unit, said: “The big political desire [for devolution] amongst Westminster politicians isn’t quite there in the way it was a few years ago.

“That position from George Osborne to try and make the Tories relevant in areas where they are not relevant – that position isn’t the same as it was a few years ago.

“Brexit has taken the wind out of that.”

The Heseltine Institute for Public Policy and Practice’s Professor Mark Boyle and Dr Aileen Jones addressed Brexit in a section of the programme dedicated to the subject.

Professor Boyle described it as a “high stakes gamble” and Dr Jones said it will “depress and damage the UK economy”.

It was a theme picked up by Mayor of Greater Manchester, Andy Burnham. 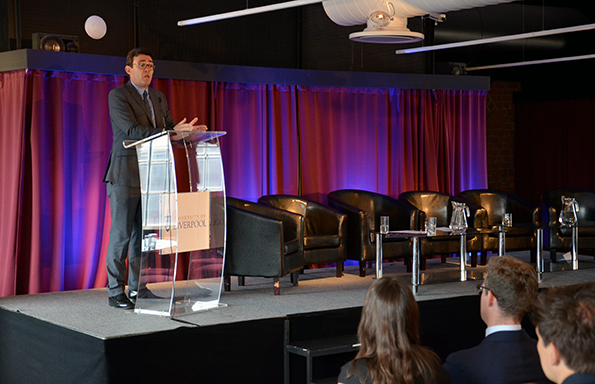 “It was a failure to listen and a failure to see what was happening in cities like this when that big industry was leaving.

“They basically just let that happen and left these places to fend for themselves, and we have dealt with the consequences ever since.”

The former Home Secretary also railed against the Government’s approach to transport outside London. But he said that by working together with Steve Rotheram, devolution gives the North “a stronger voice and better representation at the national political table”.

Andy Burnham added: “Devolution is the best answer they’ve so far come up with to Brexit. I can’t see anything else that they’ve come up with.

“That’s why they need to embrace it, give us the proper tools and let us get on with it.”