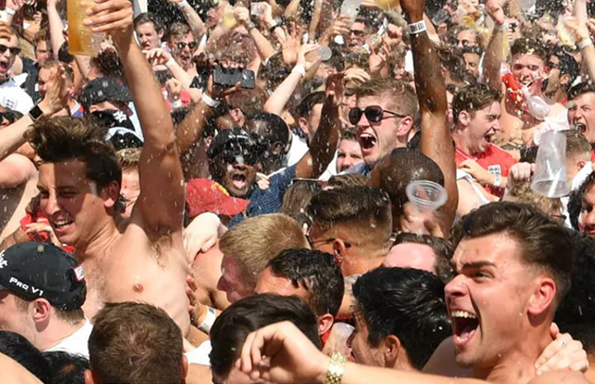 Who would have thought that Gareth Southgate and his squad of England footballers would have done much better than the prime minister and her cabinet at giving a boost to the UK economy? By working hard as a proper team, Southgate and his men managed, in less than a month, to rally the country behind it in support and reach the semi-finals of the World Cup.

Meanwhile, the British government is still struggling, more than two years on from the EU referendum, to reach a meaningful Brexit solution, reassure business and safeguard the economy.

But does this feel-good football feeling really translate to a boost for the UK economy? According to some websites, including This is Money, the World Cup is thought to bring a £1.6 billion boost for the UK economy thanks to spending on flat-screen TVs and consumption of food and drink while watching games. The Guardian makes the point that England fans were expected to buy an additional 10m pints of beer thanks to the football team reaching the semi-final against Croatia on July 11, 2018.

But, although this will bring a welcome surge for the UK economy, the Bank of England’s chief economist, Andy Haldane, argues that the rise in consumer spending as a result of the “feel-good factor” could put pressure on the need to raise interest rates. This could ultimately hinder economic growth. There is something paradoxical about all this: an England performance way above par at the World Cup might trigger a return of interest rates to more normal levels because of the resulting economic boom.

Yet from an historical point of view, there is no evidence that England’s success (or failure) during the World Cup or other football tournaments has any serious impact on the economy. To see this, the following graph plots the UK output gap over the years. This measures the percentage deviations of the UK’s actual economic performance relative to its potential. A value of zero implies that actual economic performance is equal to its potential. Positive deviations indicate overperformance and negative deviations indicate underperformance.

When England won the World Cup in the second quarter of 1966, the country’s economy overperformed. Nevertheless, output was slightly higher than the underlying trend and the “feelgood factor” failed to positively affect the UK economy shortly after. In fact, the output gap turned slightly negative afterwards.

Then, in 1990, when England reached the semi-finals of the World Cup in Italy (which it lost to Germany on penalties), the economy was performing better than expected. But the economy did slip into recession after the third quarter of 1990.

Contrast this to when England did not qualify for the World Cup in 1994 in the US. The country’s economy performed worse than expected. Then, during Euro 96, which was hosted by England, the economy failed to overperform, despite the fact that England started really well and reached the semi-finals (only to be beaten again by the Germans on penalties again).

All of this suggests that there is no immediate impact on the economy (positive or negative) or any feel-good (or feel-bad) “domino” effect. And this is backed up by more sophisticated statistical analysis, which reveals no significant effect of the “feel-good factor” when England managed to reach at least the semi-finals in the World Cups of 1966 and 1990.

Ultimately, our analysis seems to agree with John Hawksworth, chief economist at professional services firm PwC, who was quoted in The Guardian saying that the bigger issues are what really determines the underlying trend in terms of productivity growth, Brexit and what’s happening in the global economy.