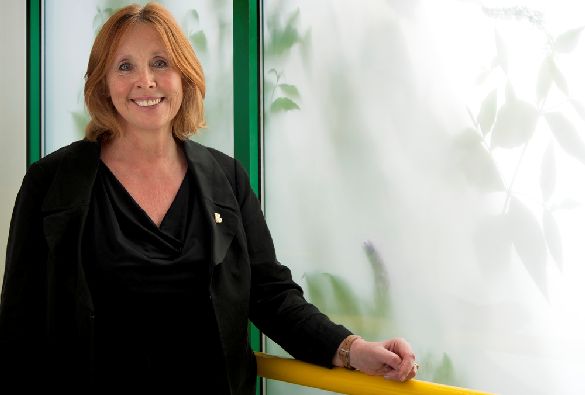 The Academy of Medical Sciences has won the Royal Society Athena Prize for an innovative scheme to increase the number of women experts in the media with the help of University of Liverpool Professor Cellular and Molecular Physiology Susan Wray.

Motivated by the lack of women experts in the media, the Academy developed a unique, hands-on media training programme which includes access to long-term support and media opportunities.

To date 107 women have been through the programme, including Professor Wray from the University’s Institute of Translational Medicine, and many have now completed high profile broadcast interviews. As a direct result of the training Professor Wray wrote a profile piece for BBC Online and was interviewed on a prime time slot on the Today programme about emergency C-Sections, featured on Victoria Derbyshire and the World Service, which all generated further coverage in the national media.

These appearances were fed back into the training programme as positive examples highlighting the success of the training to future participants.

In 2014 the ratio of male to female experts on news and current affairs programmes was a shocking 4:11. In response there was a significant push from major broadcasters and individual journalists to increase this ratio, however despite this push broadcasters all said they struggled to find willing women experts. This was backed up by a survey by the Academy of 200 leading female biomedical and health researchers revealing only 6% would be confident to engage with the media.

As the UK’s National Academy for biomedical and health research, with access to the most senior women experts, the Academy’s Communications Team felt they had a role to play. Using survey data and other extensive research the Team developed a bespoke and immersive media training scheme to meet the needs of these senior women researchers.

In January the Academy organised a debut showcase of women scientists at the BBC’s New Broadcast House, taking Professor Wray and 10 other media trained women to meet and present their key research topics to 22 top journalists. Since the event over half of the women have done media work they would previously not have done, including a Newsnight interview and filming for CBBC’s BAFTA award winning medical series ‘Operation Ouch!’.

Widespread efforts have improved the ratio of women to men experts in the media to 2.2:12, however there are concerns that the progress is now plateauing – meaning schemes to increase accessibility to women experts are increasingly important.

Of the scheme Professor Wray, said: “Putting my Athena Swan leadership role to the fore, I felt the fear but did it anyway! It was largely fun and meeting other female scientists was a big plus.”

Nick Hillier, Director of Communications at The Academy of Medical Sciences, said: “We are delighted to have played a part in increasing the number of women experts in the media and are determined to keep up this important work. Not just to ensure journalists have access to the best experts available, but also to provide highly visible role models of senior scientists to inspire the next generation of women researchers and scientific leaders.

“After the success of our first media showcase we plan on holding similar events, again with the BBC, and also with ITN and Channel 4 News. We also want to explore how best to support more BAME women experts to undertake media interviews through training and media promotion.”

The Athena prize celebrates individuals and teams that have made an exceptional contribution to advancing diversity in science, technology, engineering and mathematics (STEM) communities.