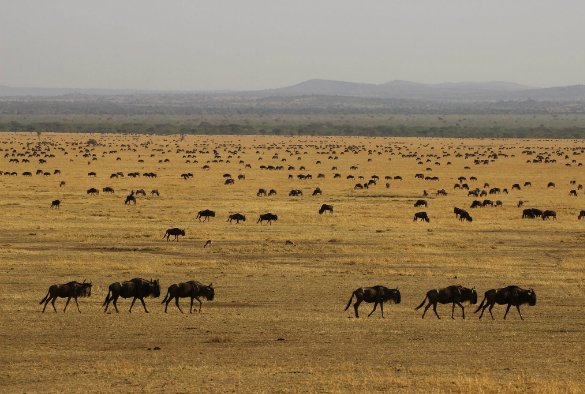 A global biodiversity collapse is imminent unless urgent concerted action is taken to reverse species loss in the tropics, a major new scientific study published in Nature reports.

Professor Kate Parr from the University’s School of Environmental Sciences is part of an international team of researchers warning that a failure to act quickly and decisively will greatly increase the risk of unprecedented and irrevocable species loss in the most diverse parts of the planet.

The study is the first high-level report on the state of all four of the world´s most diverse tropical ecosystems – tropical forests, savannas, lakes and rivers, and coral reefs.

The authors found that although the tropics cover just 40% of the planet, they are home to more than three-quarters of all species including almost all shallow-water corals and more than 90% of the world’s bird species.  Most of these species are found nowhere else, and millions more are as yet unknown to science.

The declining health of tropical ecosystems also threatens the well-being of millions of people across the planet.

Lead author Professor Jos Barlow from Lancaster University said: “Although they cover just 0.1% of the ocean surface, coral reefs provide fish resources and coastal protection for up to 200 million people. And between them, humid tropical forests and savannas store 40% of the carbon in the terrestrial biosphere and support rainfall in some of the world’s most important agricultural regions.

Professor Kate Parr added:  “Our paper highlights that it’s not only biodiversity in tropical forests that is threatened. Structurally and functionally distinct habitats such as savannas and freshwater systems also need urgent attention. Paradoxically, savannas are now facing threats from increasing atmospheric CO2 and fire suppression that both promote trees.”

Whilst the conclusions are bleak, the study also outlined the actions that are needed to turn the health of these vital ecosystems around.

The researchers have called for a step-change in efforts to support sustainable development and effective conservation interventions to preserve and restore the tropical habitats that have been the home and last refuge to the overwhelming majority of Earth’s biodiversity for millions of years.

Professor Barlow concluded: “The fate of the tropics will be largely determined by what happens elsewhere in the planet. While most of us are familiar with the impact of climate change on the polar regions, it is also having devastating consequences across the tropics – and without urgent action could undermine local conservation interventions.”

“Fifty years ago biologists expected to be the first to find a species, now they hope not to be the last.”