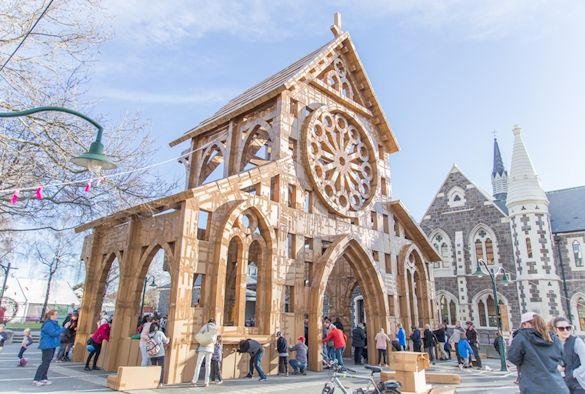 French artist, Olivier Grossetête, is inviting communities to come together in a Liverpool city region wide art event. Ornate buildings, long absent from the city region’s landscape, are to be reimagined in cardboard form and returned to six different locations across the city from 9 – 12 August 2018.

Members of the public – individuals and community groups – are being urged to get involved in the building of lost castles. The ‘Lost Castles’ will be created using nothing more than cardboard boxes and copious amounts of sticky tape. Volunteers will be working with a wide variety of people from across the city under the direction of Olivier’s artistic team and will collectively create the impressive ‘Lost Castles’.

During their stay in the city region the ‘Lost Castles’ will become venues for performances and interactive events. There will be re-enactment sieges, live music, outdoor theatre, arts and craft, a fairground, food concessions and more. 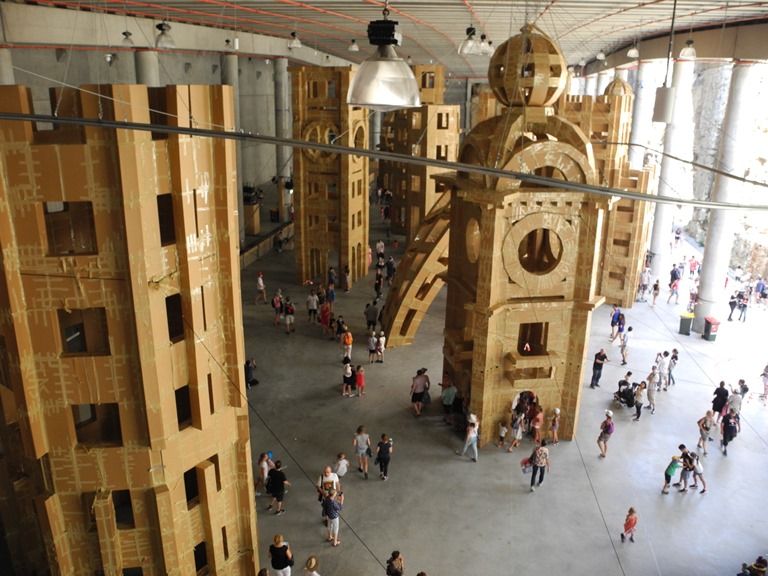 This will be Olivier Grossetête first exhibition in the UK, after enchanting cities across the globe such as France, Australia and New Zealand. Some of the creations are expected to be as tall as 20 metres and will be located in: Williamson Square, Liverpool; Knowsley Safari Park; Ashton Park, Wirral; Norton Priory, Halton; North Park, Bootle and Sefton; and Victoria Square, St Helens.

The Liverpool Castle, that stood from the early 13th century to the early 18th century, will be reconstructed in Williamson Square, and Halton Castle will be reconstructed in Halton’s Norton Priory. Sefton Park will recreate Miller’s Castle which stood in Bootle in the early 19th century from 9-10 August, and it will be put on display at North Park, Bootle on the weekend of August 11 & 12. The inspiration for Knowsley’s design comes from Elsinore Castle from one of Shakespeare’s most famous plays, Hamlet.

Wirral will be building a Viking stave church in Ashton Park, West Kirby. St Helens, who have a historic partnership with the German town of Stuttgart, will pay homage to this partnership by building part of Stuttgart’s iconic 10th Century Old Castle.

In an exciting finale, each castle will be laid to siege, destroyed and then the environmentally-friendly ‘Lost Castle’s’ will be responsibly recycled.

Find out more about how to get involved by visiting the Lost Castles website.