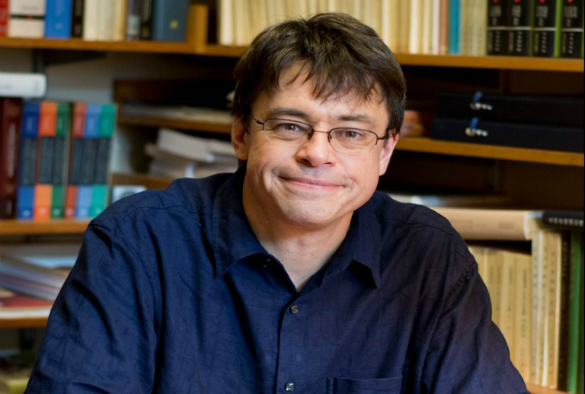 Professor Michael Puett is giving the first lecture of the series this October.

The University’s Department of Philosophy is bringing the most exciting topics in philosophy to the city of Liverpool this autumn as part of a new public lecture series.

In collaboration with the Royal Institute of Philosophy, the series will bring world renowned scholars to speak at different venues around the city of topics of social, political and scientific importance.

The first of these lectures takes place on 12 October and will be given by Harvard scholar Michael Puett, Professor of Chinese History and Anthropology and the author of the Sunday Times top 10 bestseller The Path, which has been hailed as “brilliant” and “fascinating”, “a philosophy book grounded in the here and now” and “brimming with nuggets of insight”.

In this talk, Michael will introduce and explore the timeless wisdom of ancient Chinese philosophers such as Confucius, Mencius, and Laozi. The event fittingly takes place at Liverpool’s World Museum, which is currently hosting the enormously successful exhibition China’s First Emperor and the Terracotta Warriors.

The series builds on the long-standing public engagement tradition of the Department of Philosophy. The department has developed a ‘Philosophy in Residence’ model as a way of deepening engagement with external partners including Bluecoat and the NHS North-West. The Royal Institute Series is another aspect of this commitment to finding real-life application for philosophical thinking and ideas.

The University is the official education partner of China Dream, which is part of Liverpool’s 2018 Capital of Culture anniversary celebrations.