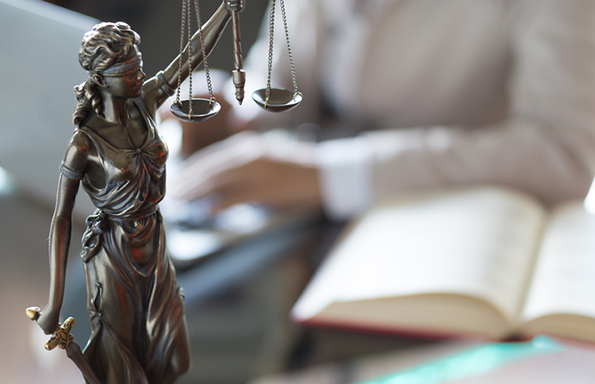 Access to justice for individuals and families is in a “shocking state” because of Government cuts to legal aid provision, according to University of Liverpool research.

Dr James Organ, Dr Jennifer Sigafoos and a team of researchers from the University’s School of Law and Social Justice, interviewed 115 people with issues related to employment, welfare rights and family law, but who were unable to access legal aid because of cuts introduced under the Legal Aid, Sentencing and Punishment of Offenders Act (LASPO) in 2012.

In order to further evaluate the impact of the changes, 15 service providers were interviewed and data from Citizens Advice – the largest provider of welfare rights advice in the UK – was analysed.

The team found the lack of access to justice caused by the unavailability of legal aid led to financial deprivation for participants, a negative impact on mental and physical health and major social problems, such as homelessness. The effect was most noticeable among vulnerable groups, such as children and disabled people.

Report co-author, Dr Jennifer Sigafoos said: “Our study reveals the extent to which people struggle to solve their legal problems in the area of family, employment, and welfare rights law in the wake of the LASPO cuts to legal aid.

“Third sector organisations, such as Citizens Advice, Law Centres, and Merseyside Employment Law increasingly cannot meet the need for their services without the funding that legal aid used to provide.

“When people cannot solve these problems or are delayed in doing so, it can have severe impacts on their lives.

“Our participants reported mounting debt, insecurity in their homes, fear of homelessness, being unable to afford enough to eat or proper clothing for themselves or their children.

“This obviously had severe effects on their mental and physical wellbeing.”

“Time after time during the research interviews, people described the severe and wide ranging impact the legal aid cuts had on their lives, and on the lives of their children.

“On top of this impact on justice and individual lives, we see legal aid cuts increasing costs in other parts of the state.

“It is essential that the current Government review leads to substantial change.”

The report, The Impact of LASPO on Routes to Justice, which was commissioned by the Equality and Human Rights Commission (EHRC), formed a substantial part of the evidence brought to Parliament on September 4 by Labour MP for Westminster North, Karen Buck, in a debate requesting an update on the Government’s ongoing LASPO review.

Parliamentary Under-Secretary for Justice, Lucy Frazer MP said: “The Government remain committed to responding by the end of the year.”

The EHRC announced it is opening an inquiry into the impact of legal aid changes , following publication of the report.

The Impact of LASPO on Routes to Justice will be officially launched tonight (Thursday September 13) at the University of Liverpool’s London campus. The event will feature talks from service providers and analysis from Dr James Organ and Dr Jennifer Sigafoos, ahead of discussion. For more details, please visit https://www.liverpool.ac.uk/events/event/?eventid=89145