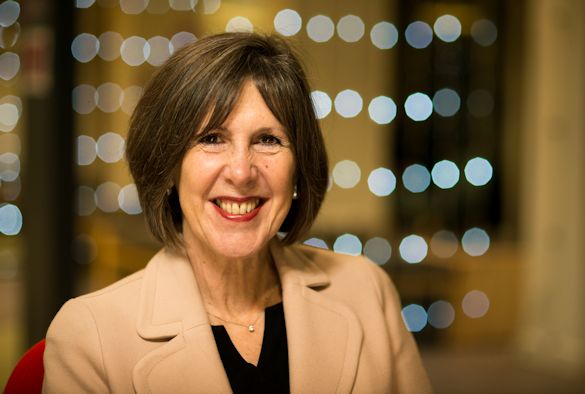 In her role as President of Universities UK, the University of Liverpool’s Vice-Chancellor, Professor Dame Janet Beer, has been speaking on Labour’s National Education Service, attracting international staff and students to the UK and Brexit at fringe events at the Labour Party Conference.

On Monday morning Dame Janet chaired a session with Shadow Home Secretary, Rt Hon Diane Abbott MP and a range of organisations, including industry bodies, on continuing to attract international staff and students to the UK.

Dame Janet said, “I welcome the Labour Frontbench’s commitment to a balanced approach towards migration which means the UK would be more open to skilled workers and international students.

“Brexit represents an opportunity to hit the reset button on immigration policy and ensure the UK is more welcoming to international staff and students.”

Dame Janet also chaired a session with Shadow Minister for Education, Gordon Marsden MP, and a wide range of organisations on the role of universities in Labour’s ‘cradle to grave’ National Education Service.

Speaking at the session, Dame Janet said, “UK universities champion key values which are relevant to all parts of the National Education Service: academic freedom and excellence, inclusion, transparency, creativity and integrity.

“We welcome that a future Labour government will take a whole education approach, recognising that schools, colleges and universities all have an important role in social mobility, and must work together to tackle entrenched inequalities. No section of the current education system operates in a vacuum, but all too often schools, further education and higher education are focused on separately which hampers progress.”

Dame Janet will also be speaking at events at the Conservative Party Conference next week.