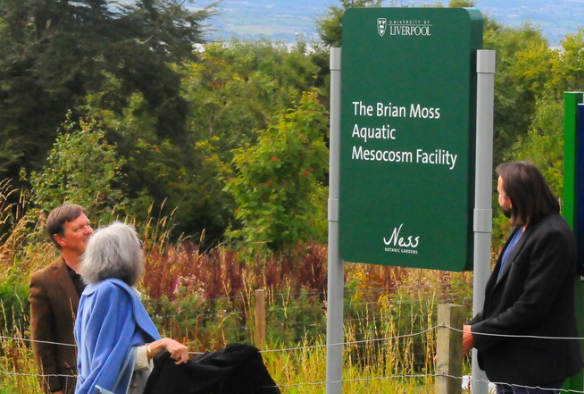 Featuring 50 ponds with a new temperature monitoring and control system, the Brian Moss Aquatic Mesocosm Facility is now one of the largest and technologically most advanced in Europe for investigating environmental impacts on freshwaters, including climate warming and effects of run-off from land.

Brian was appointed a professor of botany at the University in 1989 and remained here until his retirement in 2008. He was considered the world’s leading scientist on shallow-lake ecology and was a popular and inspirational lecturer to students and to audiences worldwide. 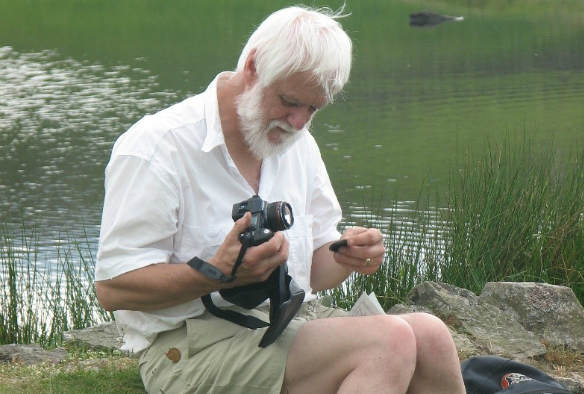 A special naming ceremony event was held on 14 September to thank the people and organisations involved in the restoration project and to honour Brian, who instigated the original experimental pond system and led much of the subsequent influential research. The ceremonial naming was conducted by Brian’s widow, Joyce, with their daughter Angharad also in attendance.

The refurbishment took place as part of a £1.2m NERC research project to investigate limits to adaptation by organisms in the face of global change. The upgrade work was complex and took nearly a year to complete. The Institute of Integrative Biology provided additional funding; Facilities, Residential and Commercial Services provided project management expertise, and student volunteers worked during the summer to get the ponds up and running and ready for experiments to take place.

Professor David Atkinson, who co-led the project with Dr Stewart Plaistow, said: “We are so pleased to be able to recognise Brian’s tremendous contribution to the work and reputation of the University, and the inspiration he provided to so many people. This facility has passed its first tests with flying colours – emulating precisely a month-long natural heat wave in an experiment to investigate the capacity for animals to adapt to such events.” 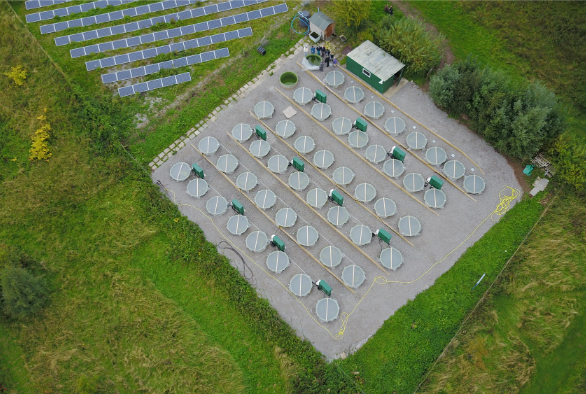