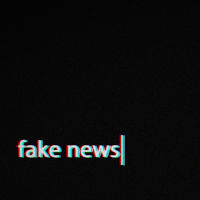 Professor Louise Kenny knew she would find herself embedded in a heated debate when she joined the campaign to repeal Ireland’s eighth amendment. After all, the change to the Irish constitution would end the country’s near-total ban on abortion. What was surprising however was the degree to which fake facts, false stories and foreign opinions infiltrated the discussion. It is increasingly clear there was an organized effort by foreign parties to influence the outcome of a democratic process. But in the end, it didn’t work. And the ‘Yes’ side’s success offers a fascinating case study in how to rise above the growing tide of fake news.

Professor Kenny is the Executive Pro Vice Chancellor of the Faculty of Health and Life Sciences at the University of Liverpool; Professor and Maternal and Fetal Health and a Consultant Obstetrician at the Liverpool Women’s Hospital.

To find out more you can listen to the podcast by clicking here.