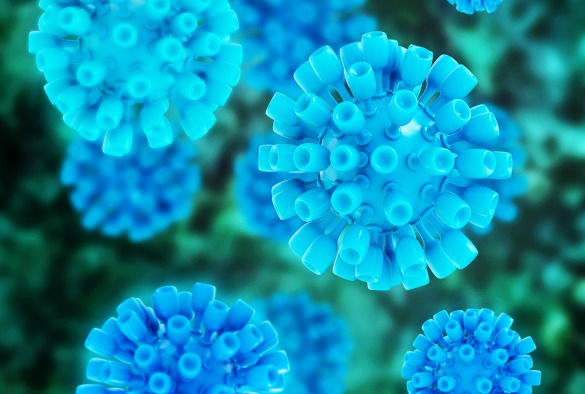 HCV infects the liver. If left untreated, it can cause serious and potentially life-threatening damage to the liver over many years. Today, with the help of modern treatments it’s usually possible to cure the infection, and most people with it will have a normal life expectancy.

An estimated 1% of the world population is chronically infected with HCV. The World Health Organisation (WHO) has set the global target of eliminating HCV infection as a major public health threat by 2030. In the United Kingdom (UK), around 214,000 people are living with chronic HCV infection. Eliminating hepatitis C as a public health threat requires an improved understanding of how to increase testing uptake.

Researchers from the University’s Institute of Infection and Global Health, led by Professor Anna Geretti, piloted point-of-care testing (POCT) for a current HCV infection in an inner-city Emergency Department (ED) and assessed the influence on uptake of offering associated screening for HIV.

POCT or bedside testing is medical diagnostic testing at or near the point of care—that is, at the time and place of patient care, rather than sending a blood sample to the laboratory and then waiting for the results.

Over four months, all adults attending ED with minor injuries were first invited to complete an anonymous questionnaire then, in alternating cycles, invited to take a finger-prick blood test that would either detect HCV or both HCV and HIV.

The researchers found that offering the HCV test that was associated with a HIV test significantly reduced uptake after adjusting for age and previous HCV testing.

HCV prevalence was 1/324 and no participant tested positive for HIV.

Based on postcodes obtained from the questionnaires submitted 56.2% of participants lived in the most deprived neighbourhoods in England.

Professor Geretti, said: “Our study found that POCT HCV finger-prick testing was technically feasible and is suitable for rolling out to sites where people with undiagnosed hepatitis C may present so that they may offered treatment.

“Uptake of the HCV POCT was moderate and the offer of associated HIV screening appeared to have a detrimental impact on acceptability in this low prevalence population.

“The study indicates that persisting fears about HIV infection can influence testing behaviour. The findings bear implications for the design of HCV screening programmes in the future. We need to understand how to overcome the apparent barrier.”

The full study, entitled ‘Point-of-Care Screening for a Current Hepatitis C Virus Infection: Influence on Uptake of a Concomitant Offer of HIV Screening’, can be found here.