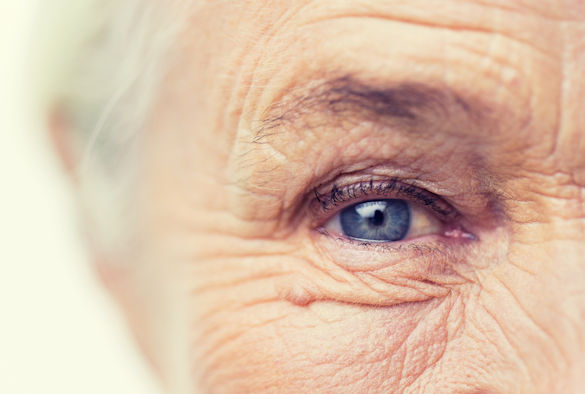 AMD is the leading cause of blindness in the UK and affects more than 200 million of people worldwide. The condition results in a gradual loss of central vision, due to the failure of cells in the macula – the light sensitive membrane at the centre of the retina.

Currently it is not known why people develop AMD, and no treatment exists for 85% of patients.

In an effort to identify specific genes to help with the development of AMD treatments researchers from the University of Liverpool’s Department of Eye and Vision Science working with a number of collaborators, led by Dr Louise Porter, conducted a study of the commonest dry form of AMD using ocular tissue from human donors.

The researchers used cells from 44 human donor eyes to profile the levels of DNA methylation – a chemical change that may be influenced by sex, age, smoking and diet—and looked at the underlying gene changes in age-related macular degeneration. They identified changes in specific genes that were not previously known to be linked to the condition. The results pave the way for testing new treatments that could target the affected genes.

Dr Louise Porter, said: “Our main aim for conducting this research was to help tackle an area of unmet clinical need. This work has identified new genes, providing us with novel targets for investigation in a disease in desperate need for therapies.”

This research was funded by Fight for Sight, National Eye Research Charity and the Academy of Medical Sciences Starter Grants for Clinical Lecturers. Dr Louise Porter is a clinical lecturer funded by NIHR.

The full paper, entitled ‘Whole-genome methylation profiling of the retinal pigment epithelium of individuals with age-related macular degeneration reveals differential methylation of the SKI, GTF2H4, and TNXB genes’, can be found here.