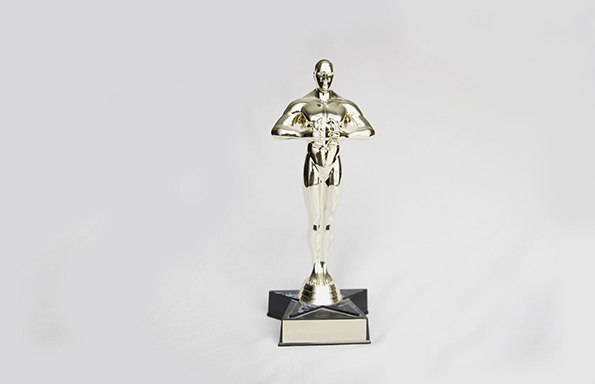 Hollywood has had a very rough time in recent years. Although historically the US film industry had never been a stable one and had to negotiate such monumental threats as the Great Depression in the 1930s, media policies that discouraged oligopolistic trends in the 1940s, the emergence of television in the 1950s, the entry of conglomerates into the film market in the 1960s, the rise of home entertainment in the 1970s and 1980s, it always managed to weather the crisis. It always managed to adapt. Paramount, Universal, Columbia, Warner Bros., Fox, Disney have been around in various incarnations and under various ownership regimes for more than a hundred years. And they keep going strong.

However, in more recent years, the US film industry’s problems have not only been business related. The perennial problem of maintaining an audience in the face of new threats, which in recent years has also taken the form of competition by increasingly successful streaming/on-demand platforms, has been supplemented by the problem of (not) managing its place in the culture wars that continue to take place in the country. Race, gender, ethnicity, sexuality, are all issues at the heart of Hollywood as a global cultural industry, both because its products represent them in particular ways and because the people who make these films bring with them these markers of cultural identity.

The Oscar nominations and awards, because of their global visibility, have now become the main focal point for keeping Hollywood in check, for looking to see what progress it has made over the course of a film season which corresponds to a calendar year. Having been criticised severely for not reflecting the diversity of the American nation in its films, Hollywood has experienced recently extremely difficult times come Oscar nominations time. This was especially in 2015 and 2016 when the Hollywood talent that represents the Academy of Motion Pictures failed to nominate people of colour in major Award categories. Add to this the Weinstein scandal that, among other things, reminded people that Hollywood’s problem is not only about race but about gender too, and one can understand why every year there is more and more attention to what the Oscars “say” about Hollywood, despite the fact that fewer and fewer people watch the ceremony.

When the nominations were announced on Tuesday 22nd, the news seemed positive. The two films that lead the awards race, Alfonso Cuarón’s Roma and Yorgos Lanthimos’ The Favourite could not have been more diverse, inclusive and global in their outlook. Mexican filmmaker Cuarón, who has already won an Oscar for best director with Gravity (2015) has made a film in black and white, shot in Mexico City and dealing with the experiences of a maid, portrayed by Yalitza Aparicio, an indigenous Mexican actress who was also nominated for an Oscar for Best Actress.

Meanwhile, despite its star-studded cast which includes previous Oscar winners Emma Stone and Rachel Weisz and its British royalty costume drama look that has historically been considered Oscar bait for the members of the Academy, The Favourite is anything but conventional. Directed by Greek Yorgos Lanthimos, a major art cinema auteur, the film is not interested in biography but in irreverent representations of gender and sexuality. Led by three women in the main parts, all of whom received nominations for best Actress in leading (Olivia Coleman) and supporting (Emma Stone, Rachel Weisz) roles, the film easily carries the banner in the gender/sexuality dimension of Hollywood’s effort to inclusiveness.

And the interesting nominations do not stop here. Cuarón and Lanthimos are joined by Polish filmmaker Pawel Pawliwkoski in the race for Best Director. Not even in the high point of the 1960s art cinema with Fellini, Antonioni, Bergman and Truffaut has there been a time when three filmmakers born outside the US were nominated for an Oscar. They are also joined by major African American filmmaker Spike Lee whose BlacKkKlansman did both strong business and was nominated for 6 Oscars. This leaves only Adam McKay as the only “mainstream” filmmaker in the category, a writer-director-producer that has recently shifted from broad comedy to more serious political filmmaking.

But despite the obvious diversity in this category, it looks like Hollywood went for race and ethnicity but once again disregarded women. The signs were there in the Golden Globe nominations that were announced a few weeks before the Oscars when well-reviewed films by Debra Granik, Tamara Jenkins, Lynne Ramsay, Karyn Kusama and Marielle Heller were either not recognised at all or they were recognised in acting categories but not in directing or best picture. This pattern was repeated in the Oscar nominations, with only Heller’s film Can You Ever Forgive Me? receiving acting nominations and a screenwriting nomination for Nicole Holofcener.

Beyond this, however, men dominate the screenwriting categories – which in the past featured a lot of women nominees and winners – and, not surprisingly, the more technical categories of editing and cinematography. Diversity then seems to have come with limitations, begging the question of when, if ever, Hollywood would get it right.

Perhaps the answer will reveal itself soon and it might come from the new Hollywood players, Netflix and Amazon. Their meteoric rise in the past 5 years has had a significant impact on Hollywood as the main players were caught unprepared to deal with the success of on-demand/streaming platforms which offer countless hours of original programming, not only narrative films but television shows, documentaries, music programmes and others.

As their number of subscribers continues to expand globally, Amazon and Netflix do not have to make films that are necessarily commercial in their outlook as is the case with Paramount, Universal, Warner Bros. and Disney. Of course, this does not mean that they will finance or produce anything, and they have been using “big data” and data mining techniques to find out what will sell and to which audience demographics in order to make informed decisions. But so long as their subscriber base increases they can make films for all kinds of audiences.

Warner Bros. or Columbia would never finance and distribute a film like Roma. AT&T and Sony, the respective corporate parents of the two major studios are not in the business of such small films, but instead are looking for properties with franchise potential that will also interest their other subsidiaries (music labels, merchandising stores, video game divisions, etc.). Netflix and Amazon, on the other hand, are not in this business yet and the success of Roma (Netflix) and especially Pawlikwoski’s Cold War (Amazon) is certainly an indication that streaming platforms are not only competing with Hollywood for audiences and awards but also for being more sensitive to the demands of film (and media) audiences.

If this continues to be the case, Hollywood should be ready for even rougher times, despite its effort to be more open, diverse and inclusive.