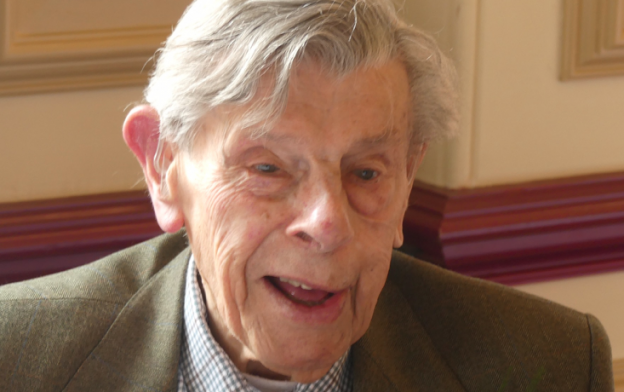 Herbert Burchnall was the University Registrar from 1953 to 1984, and was, and continues to be, the longest serving Registrar in the United Kingdom. Brought up in Durham where his father was a Professor of Mathematics, he spent most of the war on a minesweeper in the Mediterranean – the perfect training for a University administrator!

After graduating from Oxford he worked at the Joint Matriculation Board in Manchester before being enticed by the charms of the University of Liverpool. This led to a long, dedicated and happy association with Liverpool and the University.

Herbert worked with a number of Vice-Chancellors, notably Sir James Mountford and Emeritus Professor Robert Whelan, and with an ever – changing team of Assistant Registrars and Academic Secretaries. Most went on to bigger and better things, particularly his great friend Alex Currie, who retired as Secretary of Edinburgh University. 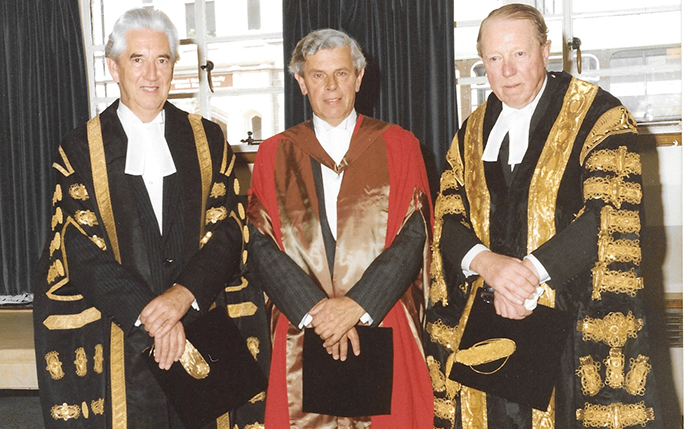 Between 1953 and 1984 Herbert played a significant role in the growth and transformation of the University. Through this period of change he strove to maintain both an excellence in scholarship and concern for individuals, be they porter, secretary or Chancellor. A career can often be judged by whether someone ‘made a difference.’ He made a big difference and did it with the support and admiration of his colleagues.

However, you cannot do all this on your own. Our mother, Ann Burchnall, who died in 2005, supported Herbert in his role as Registrar throughout his career. Ann entertained staff and students, attended numerous dinners and supported the University Women’s Club, of which she was made an Honorary Life Member in 1984.

On retiring in 1984, Herbert was given an Honorary Degree by the University and an OBE by the Queen. He and our mother retired to Peebles in the Scottish Borders and lived in a house named ‘Woolton,’ in fond memory of south Liverpool.

At nearly 100 he has at last agreed to stop driving – beating the Duke of Edinburgh to it – and still lives independently. His intellect is undimmed (he can quote poetry from his school days) and we have heard all his University stories many times over! 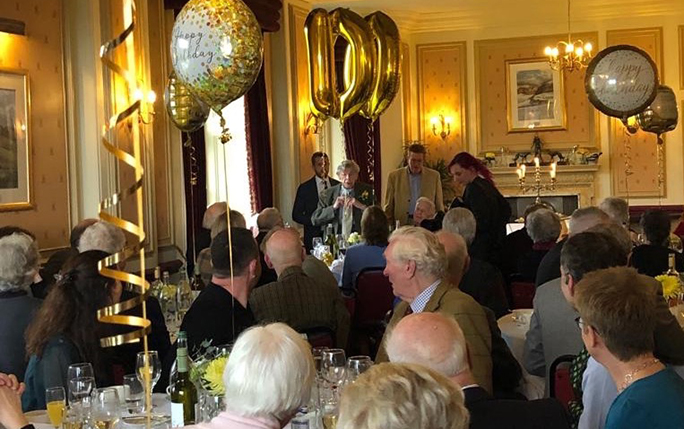 Most people on their 100th birthday will have a quiet day; not so Dad. Family, friends and University colleagues from around the country celebrated with him in Peebles.

“Vice-Chancellor, Herbert Burchnall has been an outstanding Registrar. He has exercised his office with distinction and with style, and yet with modesty. He has borne his responsibilities to the University with immense dedication, whilst always remaining sensitive to the aspirations and the problems of its staff and students. We shall recall his service with gratitude and himself with the greatest affection.”

Our families feel exactly the same and send him all our love and best wishes on this momentous occasion.