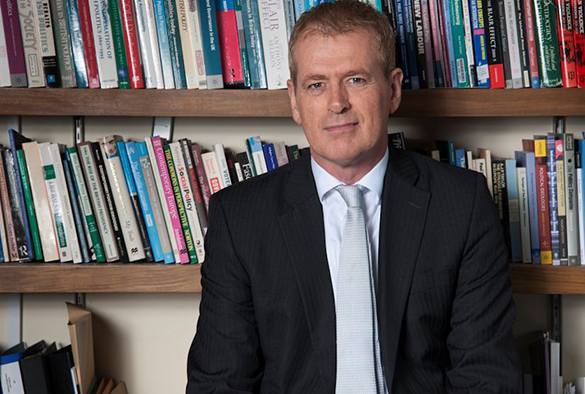 Should 16-year-olds be given the right to vote at UK elections? That’s the question being posed by politics expert Professor Jon Tonge at a free public lecture next week.

In 1969, the UK became the first in the country to lower the voting age to 18, most of the rest of the world followed. Now, half a century on, lowering the voting age is again topical and there are calls for 16 year olds to be allowed to vote – something that has already occurred for some elections in Scotland and Wales. All Westminster parties, except the Conservatives and the Democratic Unionist Party, support the change. Lowering the voting age could have a marked impact upon elections as young people overwhelmingly voted Labour at the 2017 General Election.

Drawing upon academic research from an ongoing two-year Leverhulme Trust project to evaluate the position on lowering the voting age, Professor Tonge will focus on the similarities and differences between arguments then and now and hihlight what 18+ voters and 16-17 year olds think about lowering the voting age.

Professor Tonge was previously part of the Youth Citizenship Commission, an independent body established by the UK Government in 2008-9 to encourage more young people to engage with and participate in democratic politics.

“Voting age reform continues to divide opinion in Westminster and among the public. In part, this reflect uncertainties over the implications of “votes at 16” which neither supporters nor opponents of reform have fully addressed,” comments Professor Tonge.

“The consideration of voting age reform needs to be based on evidence. It cannot be a product of politicised and binary argument. By adopting an evidence-based approach that draws on the views and experiences of citizens of all ages across the country, we seek to help create policies that encourage all young people to develop a lifelong habit for voting and participating in our democracy.”

The event takes place on Monday, 20 May as part of the University’s Open House festival – ten days of free events showcasing great ideas, knowledge and culture.

16 – old enough to have sex but not to vote?
6-7pm, Monday 20 May
Victoria Gallery & Museum
Book your free place here

Open House runs from 13-22 May 2019. For the full programme, including timings and booking details, please visit: www.liverpool.ac.uk/openhouse