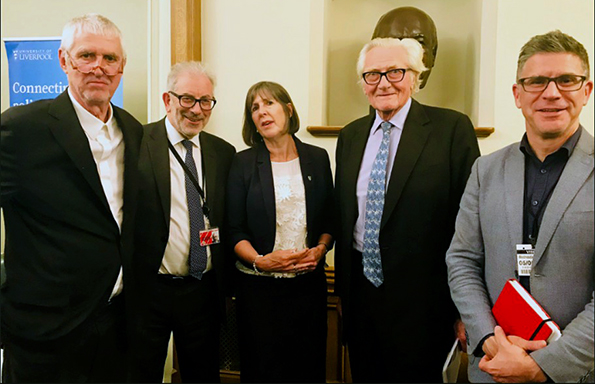 Lord Michael Heseltine’s contribution to Merseyside, the state of UK cities and the renaissance of Liverpool were all discussed at a special University of Liverpool event hosted at the House of Commons.

Professor Parkinson was introduced by Lord Kerslake, whose recent UK 2070 Commission Report was scathing in its view of the country’s current economic and social divides.

Referring to Lord Heseltine, who he described as “one of the most significant post war political leaders in this country of any political party”, Lord Kerslake said:

“There was little or nothing to be gained politically for him from his involvement in Liverpool following the Toxteth riots in 1981 and an awful lot that he might potentially lose.

“That nearly forty years on we are talking about his contribution is testimony to its power and impact.”

The peer also praised Lord Heseltine for his “principled and courageous stand” on Brexit.

Professor Parkinson then provided an overview of his new book, Liverpool Beyond the Brink – the follow up to his seminal 1985 work, Liverpool On the Brink – alongside discussion of his report, Lord Michael Heseltine’s contribution to the nation, its cities and Liverpool.

Naming some of the figures who helped turn Liverpool around in response to the then Conservative government’s “managed decline” approach – Max Steinburg CBE, Eric Sorenson and Mike Gahagan, among others – Professor Parkinson said Lord Heseltine “got the city and spoke up for it at a time when few others would or did.

“The renaissance of Liverpool was part of his legacy.” 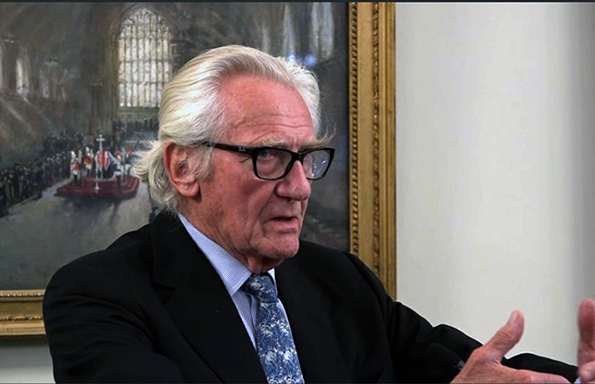 Addressing the audience from the lectern, the guest of honour, Lord Heseltine said: “The City Challenge was about renovating derelict communities; awful housing, social conditions, all of that.

“But it made the local authorities work as a team, not in the silos of Whitehall, but as a team.”

He added that he considered his work in Liverpool to be among the most important of his career, but that its renaissance as an example to other cities was perhaps his most valuable legacy.

Following the event, Professor Parkinson said: “The event in Parliament showed the city and the University at its very best.

“Liverpool royalty was there. The contributions from Lord Heseltine and Kerslake were inspiring. The mood was ambitious, confident, forward looking – but honest and realistic.

“As the Vice-Chancellor said it was a perfect example of the University’s convening power – which we will continue to use on the big issues facing Liverpool City Region.”

Liverpool Beyond the Brink by Professor Michael Parkinson is published by Liverpool University Press. It will be formally launched at an event at Waterstones Liverpool, featuring the author in conversation with Max Steinburg CBE, on Wednesday June 19 from 6pm. To secure your tickets, please visit https://www.waterstones.com/events/liverpool-beyond-the-brink-the-remaking-of-a-post-imperial-city-book-launch/liverpool