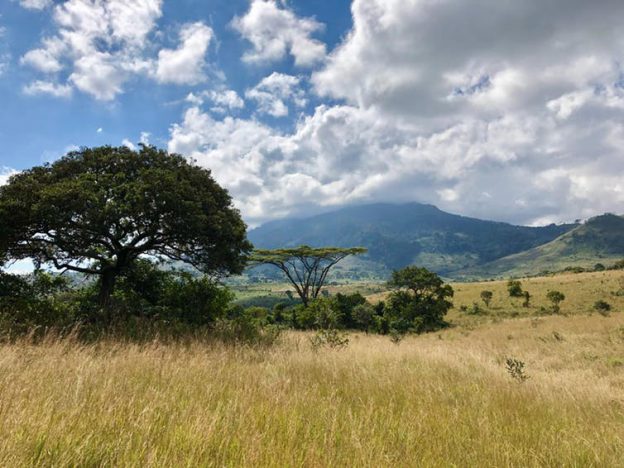 This article by Kate Parr, Professor of Tropical Ecology at the University’s School of Environmental Sciences and Caroline Lehmann, Senior Lecturer in Biogeography at the University of Edinburgh, was first published in `The Conversation’.

Tree planting has been widely promoted as a solution to climate change, because plants absorb the climate-warming gases from Earth’s atmosphere as they grow. World leaders have already committed to restoring 350m hectares of forest by 2030 and a recent report suggested that reforesting a billion hectares of land could store a massive 205 gigatonnes of carbon – two thirds of all the carbon released into the atmosphere since the Industrial Revolution.

Many of those trees could be planted in tropical grassy biomes according to the report. These are the savannas and grasslands that cover large swathes of the globe and have a grassy ground layer and variable tree cover. Like forests, these ecosystems play a major role in the global carbon balance. Studies have estimated that grasslands store up to 30% of the world’s carbon that’s tied up in soil. Covering 20% of Earth’s land surface, they contain huge reserves of biodiversity, comparable in areas to tropical forest. These are the landscapes with lions, elephants and vast herds of wildebeest.

Savannas and grasslands are home to nearly one billion people, many of whom raise livestock and grow crops. Tropical grassy biomes were the cradle of humankind – where modern humans first evolved – and they are where important food crops such as millet and sorghum originated, which millions eat today. And, yet among the usual threats of climate change and wildlife habitat loss, these ecosystems face a new threat – tree planting.

It might sound like a good idea, but planting trees here would be damaging. Unlike forests, ecosystems in the tropics that are dominated by grass can be degraded not only by losing trees, but by gaining them too.

Where more trees isn’t the answer

Increasing the tree cover in savanna and grassland can mean plant and animal species which prefer open, well-lit environments are pushed out. Studies from South Africa, Australia and Brazil indicate that unique biodiversity is lost as tree cover increases.

This is because adding trees can alter how these grassy ecosystems function. More trees means fires are less likely, but regular fire removes vegetation that shades ground layer plants. Not only do herbivores like zebra and antelope that feed on grass have less to eat, but more trees may also increase their risk of being eaten as predators have more cover.

More trees can also reduce the amount of water in streams and rivers. As a result of humans suppressing wildfires in the Brazilian savannas, tree cover increased and the amount of rain reaching the ground shrank. One study found that in grasslands, shrublands and cropland worldwide where forests were created, streams shrank by 52% and 13% of all streams dried up completely for at least a year.

Grassy ecosystems in the tropics provide surface water for people to drink and grazing land for their livestock, not to mention fuel, food, building materials and medicinal plants. Tree planting here could harm the livelihoods of millions.

Losing ancient grassy ecosystems to forests won’t necessarily be a net benefit to the climate either. Landscapes covered by forest tend to be darker in colour than savanna and grassland, which might mean they also absorb more heat. As drought and wildfires become more frequent, grasslands may be a more reliable carbon sink than forests.

How have we reached the point where the unique tropical savannas and grasslands of the world are viewed as suitable for wholesale “restoration” as forests?

At the root of the problem is that these grassy ecosystems are fundamentally misunderstood. The Food and Agricultural Organisation of the UN defines any area that’s half a hectare in size with more than 10% tree cover as forest. This assumes that landscapes like an African savanna are degraded because they have fewer trees and so need to be reforested. The grassy ground layer houses a unique range of species, but the assumption that forests are more important threatens grassy ecosystems across the tropics and beyond, including in Madagascar, India and Brazil.

“Forest” should be redefined to ensure savannas and grasslands are recognised as important systems in their own right, with their own irreplaceable benefits to people and other species. It’s essential people know what degradation looks like in open, sunlit ecosystems with fewer trees, so as to restore ecosystems that are actually degraded with more sensitivity.

Calls for global tree planting programmes to cool the climate need to think carefully about the real implications for all of Earth’s ecosystems. The right trees need to be planted in the right places. Otherwise, we risk a situation where we miss the savanna for the trees, and these ancient grassy ecosystems are lost forever.