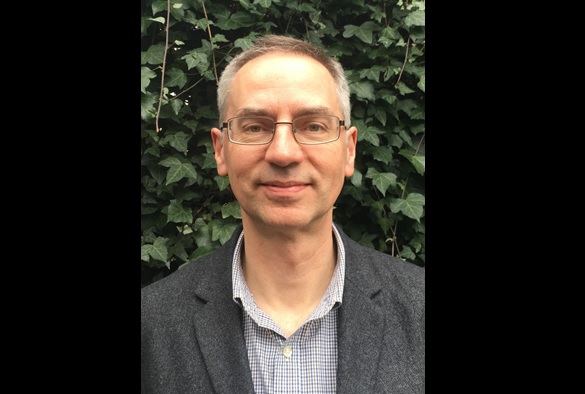 The University of Liverpool has announced the appointment of Professor Jeff Blackford as its first Dean for Xi’an Jiaotong-Liverpool University (XJTLU).

Professor Blackford will have a remit to strengthen research collaboration between the two universities and promote educational opportunities for the benefit of both UK and China-based students.

He will also continue to work in his capacity as Dean for the University of Liverpool in London, a role to which he was appointed earlier in the year.

Professor Dame Janet Beer, Vice-Chancellor, explained: “Since joining us, Jeff has greatly enhanced connections between our operations in London and Liverpool in support of the University’s outward-looking, global vision.

“XJTLU is an important aspect of that same vision and, in his role as Dean, Jeff will be an active and visible advocate for the partnership with a remit to pursue opportunities that further strengthen the relationship between the two universities.

“He will also help to ensure the many XJTLU students who study with us in Liverpool are supported both to achieve the highest levels of academic success and to progress into their chosen careers.”

Professor Blackford’s role will also support a closer relationship in furthering both universities’ research priorities, including collaboration over PhD and postgraduate research students.
Established in 2006 through a partnership between Xi’an Jiaotong University and the University of Liverpool, XJTLU has grown rapidly to become the largest international joint venture university in China.

More than 3,000 XJTLU students are studying on campus in Liverpool at any one time to complete the final two years of their undergraduate programmes and all XJTLU graduates receive a degree from both XJTLU and the University of Liverpool.

Meanwhile more than 160 University of Liverpool undergraduates will take advantage of the opportunity to spend all or part of their studies in the coming year at XJTLU, including 137 on the ‘Year in China’ programme.

Professor Blackford said: “XJTLU is a tremendous success story and the partnership presents a wealth of opportunities for both universities to further their research and offer life-changing experiences to students.

“I’m very much looking forward to working in my new role with colleagues in China and the UK to fulfil that potential.”

In his combined role, Professor Blackford will continue to spend most his time in the UK, working two or three days a week in both London and Liverpool.