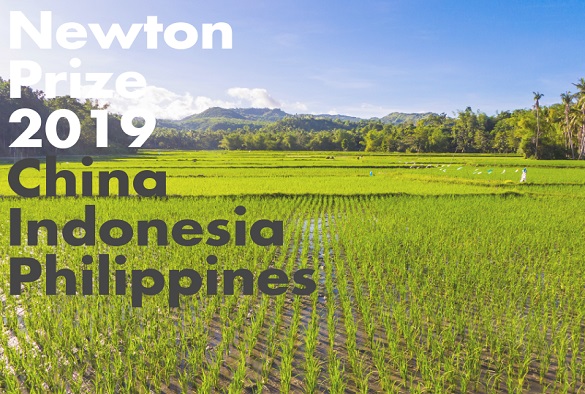 A collaborative project between the University of Liverpool, the National Oceanography Centre (NOC) and the Royal Netherlands Institute for Sea Research and Sun Yat-sen University in China, has been shortlisted for the Newton Prize 2019.

The annual £1 million Newton Prize celebrates the best research or innovation that promotes sustainable impact through science, research and innovation and is divided between four winners.

Dr Ming Li from the School of Engineering, along with Dr Judith Wolf, from the NOC who and PI for the project, and Dr Zhan Hu from Sun Yat-sen University have been shortlisted for their research project investigating the potential of wetlands as a natural defence against rising sea-levels.

The  ‘Applying Nature-based COastal DEfence to the world’s largest urban area’ (ANCODE) project will specifically look at the potential of this technique in the Chinese cities of Guangzhou and Shenzhen in the Pearl River Delta, which are ranked as first and ninth cities in the world in terms of annual losses due to flooding.

This innovative approach creates coastal ecosystems that attenuate waves, reduce storm surge impacts and stabilise shorelines in a way that is adaptable to environmental change, and so is robust and cost-effective.

Nature-based coastal defences have great potential value for Chinese deltas, where large coastal populations are at high risk of flooding and wetlands have been lost at a high rate due to land-reclamation, although new afforestation has led to mangrove forests increasing in area in recent years.

The Newton Fund is designed to enable international research partners to continue working together on solutions to some of the world’s key challenges such as human health, food security and climate change.

Professor Gast, Chair of the Newton Prize Committee, said: “I am very impressed by the pioneering ideas, collaborative research and potential impact of the shortlisted applications for the Newton Prize 2019. I look forward to working with my fellow committee members to select the overall winners, it will not be an easy decision.”

The winners will be announced at celebratory award ceremonies held in each of the countries during November 2019.