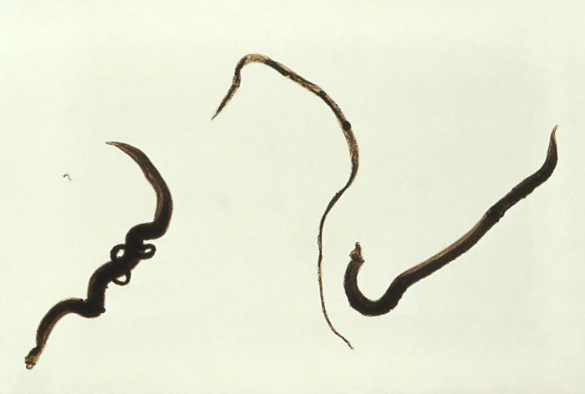 Parasitic worm infections can reduce the susceptibility of immune cells to HIV infection, according to new University of Liverpool research.

Some species of parasitic worm, such as the water-borne Schistosoma mansoni, have developed strategies to evade, skew and dampen human immune responses. This includes being able to alter the response of a type of immune system cell called a CD4+ T cell, which is the main type of cell infected by HIV-1.

A new study carried out in collaboration with the University of Amsterdam demonstrates that two specific molecules (antigens) from S. mansoni can modulate the immune response with consequences for HIV infection. The findings, which are published in the journal PLOS Pathogens, could have implications for future vaccine design.

Many areas of the world endemic for S. mansoni infection, such as Sub-Saharan Africa, also have high HIV-1 prevalence rates, indicating that co-infection is likely. However, clear evidence is lacking for the assumption that treating S. mansoni would be beneficial for their HIV-1 disease, as studies so far have reported contradictory findings.

To investigate further, the researchers analysed the effect of soluble egg antigen (SEA) – an extract from the eggs of S. mansoni — on HIV-1 infection. They showed that two different antigens found in SEA (kappa-5 and omega-1) can differentially effect HIV-1 interactions with the immune system.

One underlying mechanism involved the binding of Kappa-5 to specialist immune cells called dendritic cells, which blocks viral capture and transfer to CD4+ T-cells –  a mechanism known to promote viral replication and promote transmission. They also found that omega-1 had the capacity to induce dendritic cells, which could skew CD4+ T-cells to become less infectable with HIV-1.

The experimental findings therefore indicate that HIV-1 replication can be dampened in co-infected individuals. According to the authors, the results should be considered in the context of HIV-1 vaccine trials being conducted in regions of the world where S. mansoni infections are endemic.

Professor Bill Paxton, who led the work at the university’s Institute of Infection and Global Health, said: “Our findings indicate that co-pathogen interactions can alter HIV-1 transmission as well as subsequent viral replication. Kappa-5 has been shown to bind dendritic cells and can prevent viral capture and transfer, whilst omega-1 matures dendritic cells towards skewing T cells with a reduced capacity to support HIV-1 replication. Vaccines that induce a similar immune response could therefore be advantageous as they would reduce the detrimental effects, such as increased virus replication and heightened transmission.”