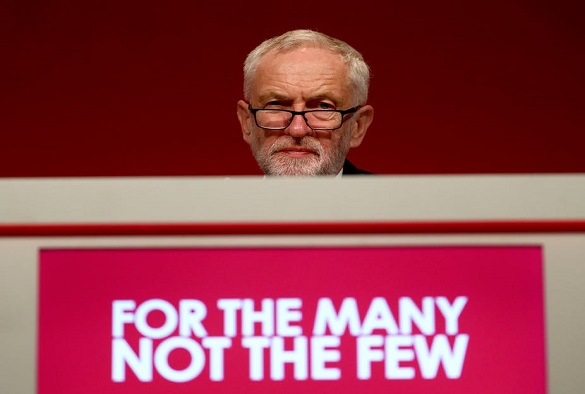 Peter Andersen,  is a PhD student in the University’s Department of Politics. This article was first published by The Conversation.

After intense debate, delegates at the 2019 Labour conference voted in favour of Jeremy Corbyn’s Brexit policy and against a motion that would have seen Labour back Remain in a future referendum. But in choosing to again sit on the fence, Corbyn may have jeopardised his own chances of winning the next election.

Corbyn is disliked by both sides of the Brexit debate. The dissatisfaction from Leave voters (-83 net favourable opinion) is substantial, but dislike amongst Remainers (-24 net favourable) will be concerning as an election approaches. Despite Labour’s desire for that election to be about anything other than Brexit, it seems inevitable that party policies on this crucial issue will be a central feature of the campaign.

The Labour leader’s well documented record of criticising the European Union and unenthusiastic interventions during the 2016 EU referendum will not have been forgotten. Corbyn’s lukewarm support of the EU is at odds with the party’s wider membership and the vote at conference may put off pro-European voters.

Rival party leaders have profited from clarity in their positions to the future relationship with the EU. Boris Johnson, the prime minister, enjoys a substantial (+46 net favourable) with Leave voters and his promise to Leave the European Union by October 31 is clear to voters. Liberal Democrat Leader Jo Swinson enjoys positive ratings (+29 net favourable) among Remain voters. They are now likely to be even more positive, following the decision at the Liberal Democrat conference to back a full revocation of Article 50 if they win a majority at the next general election.

The aim of the policy adopted at conference is to please core Labour voters who are more positive about the EU but also to avoid completely turning off potential voters who still support Brexit.

But the reverse of this coin is that Labour’s actual Brexit policy remains unclear. Some key figures fear this lack of clarity will make it harder to defeat the Conservatives, who will seek to make this the Brexit election. Possible leadership successors, such as Emily Thornberry, Kier Starmer and John McDonnell have made their personal positions clear. They will all campaign for Remain in a referendum.

The decision made at conference will do little to quash easy criticism from Labour’s political opponents. Johnson will criticise Corbyn on the familiar grounds of ignoring the democratic decision made in 2016 by holding another EU referendum. Furthermore, Johnson and the Conservatives will emphasise that they can offer a swifter end to the Brexit process than Labour. By keeping no-deal as an option, the prime minister can offer to make Brexit an immediate reality.

Crucially, in a country clamouring for Brexit to “just be over”, Labour’s policy would take longer to implement than either no deal or revoke. It will have to renegotiate a new deal and then put it to the vote. Starmer has outlined this should all take place within six months of a Labour government being elected but a Labour administration may find negotiating with the EU more difficult than it anticipates.

From the other side of the argument, the Liberal Democrats can continue to criticise Labour’s indecision. Corbyn’s history of euroscepticism and lack of enthusiasm during the 2016 referendum means that Liberal Democrats will continue to appeal to voters that have strong opinions of staying in the EU. The process that it has taken for the Labour Party to back remain will only fuel scepticism from voters that Corbyn is pro-Brexit and that only the Liberal Democrats can offer a real commitment to the cause. Swinson’s message during the election campaign will be clear – you can’t trust Jeremy Corbyn and Labour if you want to remain in the EU.

In anticipation of a general election, a host of new policies were brought before the Labour conference. Four-day working weeks, scrapping prescription charges in England and free personal care for over 65s in England were among them. No doubt, Corbyn will be keener for the narrative of the campaign to be on these areas related to these new policies rather than discussions about Brexit. It is the Labour leadership’s hope that it can replicate its success in short campaign of the 2017 election. But with the proposed Brexit deadline potentially close to polling day, it will be difficult for Labour to maintain a sense of neutrality.