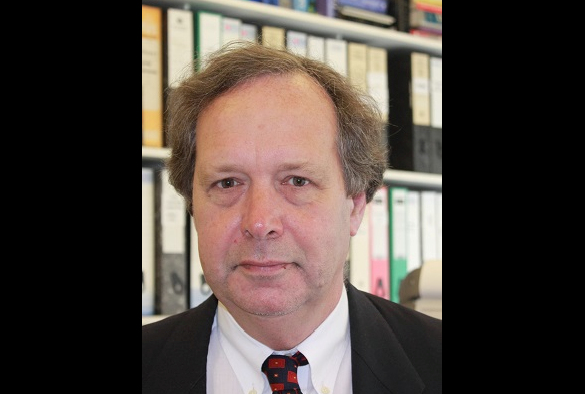 Professor Kevin Park is retiring after a remarkable career totalling 51 years at the University of Liverpool.

Kevin started his outstanding career at the University of Liverpool back in 1968 as an undergraduate Chemistry student, progressing to become a PhD student, and then a Postdoctoral Researcher.  He joined the staff of the University in 1974 and has spent the last 45 years in continuous employment here.

Kevin has accepted the offer of an honorary fellowship – awarded to staff who have made a substantial, significant and sustained contribution to the life and development of the University. He will receive this at December graduations.

Kevin is synonymous with the Pharmacology Department, having started as Lecturer in the Department of Pharmacology and Therapeutics, as it was then.  Kevin has always taken seriously his responsibilities to educate the next generations of Pharmacologists and Clinicians and has been a real source of inspiration to his students.

As his career developed, Kevin was promoted first to the established Chair in Pharmacology, before becoming Head of Department for Molecular and Clinical Pharmacology. Further promotions to the Head of the School of Biomedical Sciences, and then the Head of the Institute of Translational Medicine followed thanks to his drive, passion and exceptional talent.

As well as leadership strengths, Kevin has forged a formidable research reputation. Kevin is the Founding Director and current Deputy Director of the MRC Centre for Drug Safety Sciences, and Director of the UKRMP Safety and Efficacy Hub.  He is a Fellow of the Royal College of Physicians, a Fellow of the Academy of Medical Sciences and also a member of the Commission on Human Medicines Clinical Trials, Biologicals and Vaccines Expert Advisory Group.

Kevin has worked tirelessly with colleagues to enable the prediction of adverse drug reactions based on the chemical structure of the drug and the identification of susceptible individuals. This work has been expanded through pharmacogenomics and toxicogenomics to link findings in patients to the chemical structure of the drug and integration of physiological, pharmacological and toxicological information for the purpose of hazard identification, risk assessment and relevance to human safety. Kevin’s research is very well known and respected both in his chosen field of drug safety and in general pharmacological, clinical and industrial circles.

Kevin has received many prestigious prizes and awards over the course of his career from the British Toxicology Society, the British Pharmacological Society, the Royal Society of Chemistry and others. Notably, he was awarded a Wellcome Principal Research Fellowship, the most prestigious of the Wellcome Trust’s personal awards given only to ‘preeminent researchers of international standing and with exceptional track records’.

Over the course of his career he has contributed over 700 full scientific publications, has brought over £50m of research grants – mainly as Principal Investigator – into the University and has supervised a total of 135 PhD students.

Kevin’s legacy for pharmacological innovation and scientific excellence was one of the major factors in the Department of Molecular and Clinical Pharmacology receiving the 2018 Queen’s Anniversary Prize for Higher Education. The prize, which is the highest accolade for any academic institution, was awarded by the Prince of Wales and Duchess of Cornwall and Kevin joined Janet and others in the team at Buckingham Palace to receive this honour.

Vice-Chancellor, Professor Dame Janet Beer, said: “It is not really possible to fully convey the significance of Kevin’s role, both in the university community and the wider scientific community, over the course of his career, nor to express how keenly we will feel his departure…this level of dedication to one institution is very rare and we feel very lucky to have benefited from Kevin’s leadership and quite frankly incredible scientific intellect for so long. So I am particularly pleased that Kevin has accepted our offer of an honorary fellowship.”

Professor Louise Kenny, Executive Pro-Vice-Chancellor for the Faculty of Health and Life Sciences, said: “Kevin is held in high esteem by all those who know him. His knowledge and keen insight, together with his quiet nature have inspired both loyalty and respect in all those who have worked with him. I know we will all miss him greatly, but I’m also sure that his wife, Caryl, his children and grandchildren will all be very pleased to spend more time with him!”

For more information about the work of the Department of Molecular and Clinical Pharmacology, including the Queen’s Anniversary Award please visit: https://www.liverpool.ac.uk/translational-medicine/departmentsandgroups/molecular-and-clinical-pharmacology/